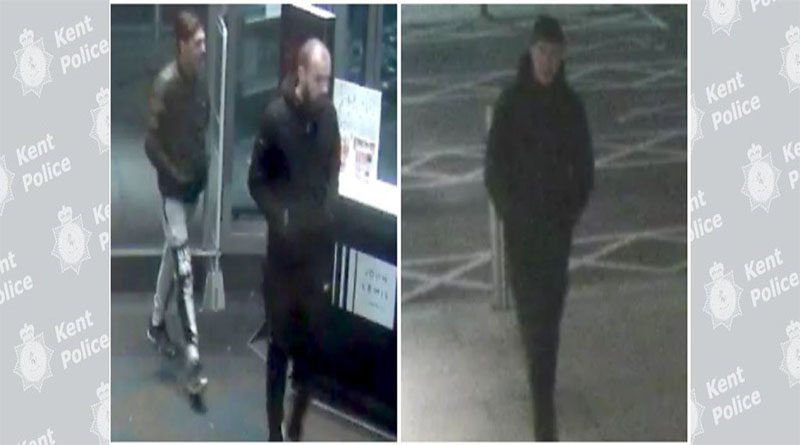 Kent Police have released CCTV images of three men who may have information on a robbery at a shop in Ashford.

The renewed appeal for information comes after four smartphones were reported to have been stolen from the John Lewis store, in Fougeres Way, after several people were threatened in the shop at around 4:50pm on Wednesday, November 20.

Each of the men were described as being white and aged in their late teens or early 20’s.

Following an investigation, officers released the images of the three men in the hope of receiving more information on the robbery.

This is just one of many robberies to occur in Ashford stores recently, with another happening in Co-Op this September and a hardware shop.

For an anonymous tip call the Independent Charity Crimestoppers in Kent on 0800 555111 or complete an online form at www.crimestoppers-uk.org.