How have small businesses fared during the pandemic?

The pandemic has brought many issues for businesses large and small, chain and independent on a global scale.

With store closure at some of the busiest trading periods throughout the year, it has spelled doomed for some famous high street retailers including Debenhams, Burton, Topshop and Topman.

The shopping centre sector has been slowly declining for years with the loss of big named staples to the world of online shopping; this process has only been accelerated by the Covid-19 climate.

The dwindling of big-name brands has shown that no business is safe, however, something that has seen less media coverage is how independent businesses have coped in the unpredictable Covid landscape.

Many shops have had to alter their ways of selling and adapt to the new demands of the current market, with some making physical changes to stores or developing an online presence.

A prime example of small businesses attempting to adapt is the village of Headcorn, but has this been a change for survival or have they thrived in the face of adversity? 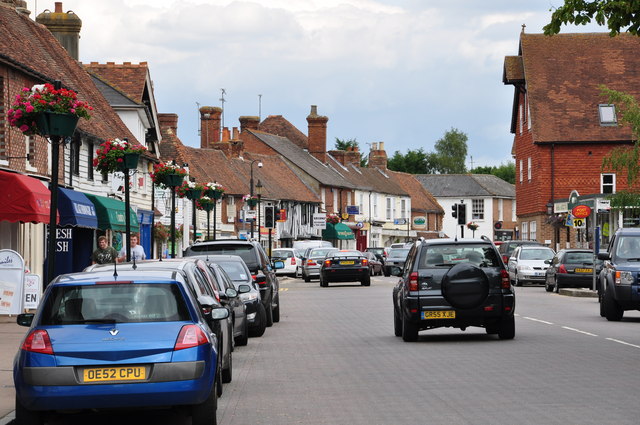 The village promotes many unique businesses including Headcorn Gifts and Music which offers a range of gifts and music lessons and has had to adapt during the pandemic.

One of the shops Directors Steve Bryant commented,’ The lessons were continued but they were done online via zoom.

We did a little bit of online business, but not a lot, not enough that would keep a business running on its own.’

According to statistica.com the UK had roughly 1.7 million Zoom daily users in November 2020.

Adaption was a key part of dealing with the pandemic and Zoom quickly established itself as tool for businesses to keep operating even during lockdowns.

Steve Bryant went on to say, ‘being closed for the best part of a year isn’t good for any business but we have had help from the Government which has tided us over. Had we not had that help we might be shut by now.’

Many businesses have faced a similar fate to that of Headcorn Gifts and Music, becoming reliant on the Governments financial support be it through loans or grants.

For these small, independent businesses, this funding has been vital in the reopening of the doors after the restrictions allowed it.

Thankfully, a large percentage of businesses have managed to survive and keep the heart in the village.

It’s been a slow start for Headcorn Gifts and music with the opening rush never happening, but this is not an isolated incident with Dorothy Shaw Interiors on the same Highstreet experiencing a similar return to trading.

The latest addition to the Headcorn Highstreet hasn’t had the smoothest entrance, after being taken over in February 2020 when Covid was far from home, they barely had time to settle before the severity of the pandemic truly hit.

The brief opening in June was a breath of fresh air however this moment was fleeting as before they knew it, the Covid containment methods struck again with Kent locked down into the new Tier 3.

The unsettled beginning for the store has meant that through the lockdowns they were non-existent, having had no time to establish themselves within the village or the wider market as a new business.

Attempts had been made with social media and a website, but it was all still in the early stages and didn’t see much success.

The turmoil continued as Charlotte went on to say ‘we expected a mad rush, but it didn’t come.

We still have some stock issues because things haven't really gone back to normal yet, so it was a long wait for a lot of our products.

We are looking at maybe June, July before things get back to normal.’

For everyone, normality appears to be just around the corner, and it seems like it can't come soon enough for Dorothy Shaw Interiors.

’ Financially we weren’t ready to open. We need to get people back in.'

‘We love mixing with our customers old and new and I'm very happy to be back in the store.'

Having a business away from the hustle and bustle of a city or town centre does have it’s own appeals but it also brings it’s own challenges such as a lack of traditional, steady footfall.

This can create concerns for new businesses as the relatively new addition Bake My Day experienced.

The vibrant storefront leapt onto the Headcorn Highstreet in August 2018 and is quickly approaching the end of it's third year.

Owner Victoria Berry said,’ passing trade is massive, we just need to get people back in the village.

It does make a difference people coming in and spending a couple of pounds here and there.’

Having to be shut for annual holidays such as Christmas, Halloween and Easter wouldn’t have been beneficial to any business, but they adapted well with the introduction of a click and collect service.

‘So the first lockdown we went and bought ourselves a cheap van and then we just started delivering and that just kind of kept the roof above our heads.’

For a new business a delivery service could have always been on the cards further down the line but Covid pushed it to the forefront as a way of making ends meet.

A strain that is all too familiar to Bake My Day,’ Financially we weren’t ready to open.

We need to get people back in.

At the moment it's a bit disheartening because we are throwing most of our products away daily.’

The harsh reality of being an independent business has really hit the heart of the village but could click and collect be the key to the future of trade for those in Headcorn?

Although some newer establishments found success with click and collect, Allsorts of Headcorn was not one of them.

After being a strong presence for nearly seven years trading antiques in the village, Allsorts attempted to change their methods of buying and selling and venture into the world of click and collect much like Bake My Day.

However, one of the dealers at Allsorts, Shirley St James was unconvinced by the practicality it could offer.

‘Sometimes you turn up to for them to collect something and they wouldn't turn up or they’d changed their mind at the last minute, so it is a bit awkward having to come from Maidstone all the way up to Headcorn every time somebody wants to collect something’.

Despite this setback, Allsorts has flourished, now housing antiques from 40 dealers and still managing to acquire quite a lot of sales from it's Headcorn base.

It remains true that nothing can compare to having their store open.

‘we love mixing with our customers old and new and I'm very happy to be back in the store … working with the public is much better face to face’.

In the hectic business of selling and buying antiques, there's a lot to be said for human contact.

Gaining answers about the history or condition of potential investment pieces helps create the connection between the piece and the buyer.

Unlike it's fellow Headcorn stores, Allsorts has seen a steady flow of customers since it's reopening.

Shirley remains optimistic and aims to keep the trade going as best as they can.

Despite the difficulties and challenges these small businesses have faced over the past 13 months the hearts of the small enterprises are still there.

Throughout the adversity they have survived and battled with issues they probably never thought they would face and come out on top.

Everyone seems to be looking to the future with a positive outlook and are eager for a sense of normality and a busy summer 2021.