The volume of ambiguity, with which the pandemic brought, has not only divided the world but also created various political-ideological intersectionalities. ‘Conspirituality’ is an example of how two poles, which, in theory, confront each other, can intersect and create a new hybrid system. The word ‘conspirituality’ merges conspiracy theories that are often assigned to right-wing supporters and spirituality, which, crosses over with left-wing utopianism. The confluence of spirituality and ‘conspiracism’ would have been, perhaps, another peculiarity; unless it becomes an Internet-based phenomenon, building a tribe of Covid-deniers.

The success in vaccination programmes and the ultimate drop in cases won’t wipe out the yet unseen impact of the pandemic on societies. The mainstream media do not tend to reverberate in echo chambers, but the distrust and confusion is still a significant factor that might influence the framework of the post-pandemic world.

Covid deniers are often ‘taken down’ or shunned from the spotlight after the rise of a massive and dangerous wave of misinformation last year. Paradoxically, that increased the drive more so, leading communities to separate from the mainstream media and the world, where they, in secret, grow their followers.

But ‘conspirituality’ is not a product of the pandemic, as the overlap in conspiracy theories and ‘New Age’ thinking has, ironically, precedents in the past. What is striking about the movement is its expeditious rise; the rapid spread of disinformation online, and the wonder of what truly stands behind this defiance. 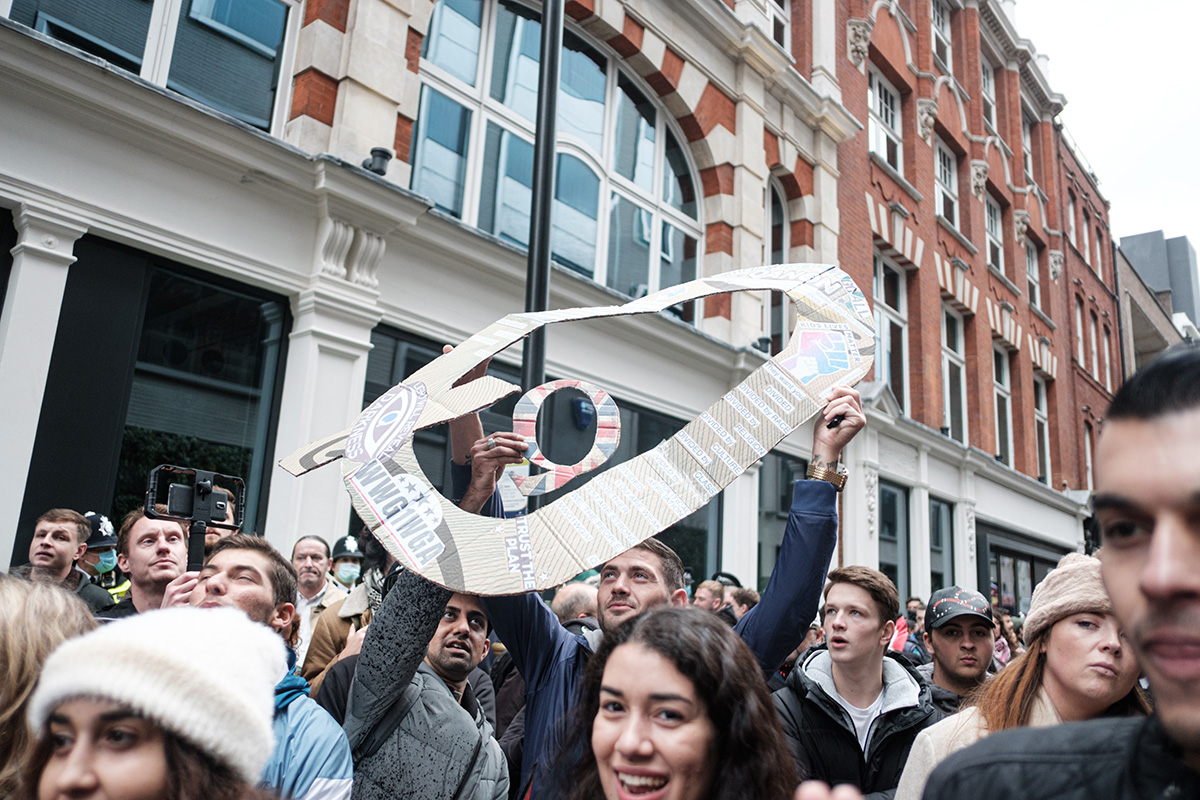 Conspiracy theorists
The conspiracy realm is mainly male-dominated, with a negative focus on global politics. The current rise of Qanon (and the previous rise of Donald Trump) shows that conspiracists are allying themselves with the far-right. The conspiracy theorist’ mindset often evokes a lot of speculation over what is ‘the established knowledge’. This manifests in distrust in governments and provokes a belief in ‘the elite control’.

Another characteristic is the apparent scepticism towards evidence-based approaches to health, medicine, and ‘Big Pharma’; which fuelled the anti-vaxxers’ and anti-maskers’ movements, as well as claims that the virus doesn’t exist. The pandemic itself is believed to be “a toll of globalist elites to control the masses”.

Frequently, conspiracists seem to be disregarded, as they provide insufficient evidence to back up their allegations. Regardless, the general ideology of conspiracies still resonates with millions of people. The pivotal event is often ascribed to 9/11, where many theorists rationalised the tragedy as “an inside job”. Other speculations occurred in 2003 due, in part, to the Iraq war, and the supposed apocalyptic events in 2012 furthered developing theoretical rhetoric. Other ‘hidden truths’ that conspiracists give credence to are UFOs, contact with extra-terrestrials, mind control or ancient civilisations.

One of the most impactful theorists is David Icke, a British author and activist who has been advocating conspiracies since the ’90s. Icke’s participation at the Covid protests and his presence in the media was a key influence on the ‘anti’ movements. In his early interview at London Real, where he addressed 5G, vaccination and the elite’s creation of the pandemic, many identified him as a hoaxer. But even though it got banned and rejected, he was the first to start this generation’s influx of distrust and suspicion towards governmental bodies and varying institutions.

Many deniers often fall into the so-called conspiracy rabbit hole, in which existing theories intersect at various degrees, uniting into the conspiracy singularity. The tendency to believe in one theory is frequently a co-opting signifier that one might believe in others. And those who have been already twisted by conspiracies prior to the pandemic could be triggered even more, and therefore become more susceptible to the coronavirus conspiracy theories across the web.

New-Age Spirituality and Wellness
The spiritual and wellness scene is primarily female-dominated, with a positive focus on self. New-Age spirituality connects mind, body and spirit, encompassing practices such as yoga, meditation, and positive thinking. It focuses upon the necessity for people to have autonomy over their lives, and encouraging personal healing and transformation.

Spirituality includes people interested in alternative beliefs and/or meta-physics; faith in energies, channelling, or psychic powers. Like any religion, New Age spirituality and wellness externalises the ultimate truth as the connection to something greater. Whether it’s found within the individual or in the form of a higher entity, the knowledge of ‘something deeper’ lends itself to the internal self over external influences in a physical realm.

‘Yoga people’ or ‘New-Age hippies’ are often viewed as very liberal and progressive, praising universal love and connectedness, which is paradoxical due to its present alliance with the far-right. Although spiritual people are viewed as politically inactive or disinterested, their beliefs, to a great extent, match with leftists. Ironically, socialists strictly adhered to the covid guidelines and restrictions. 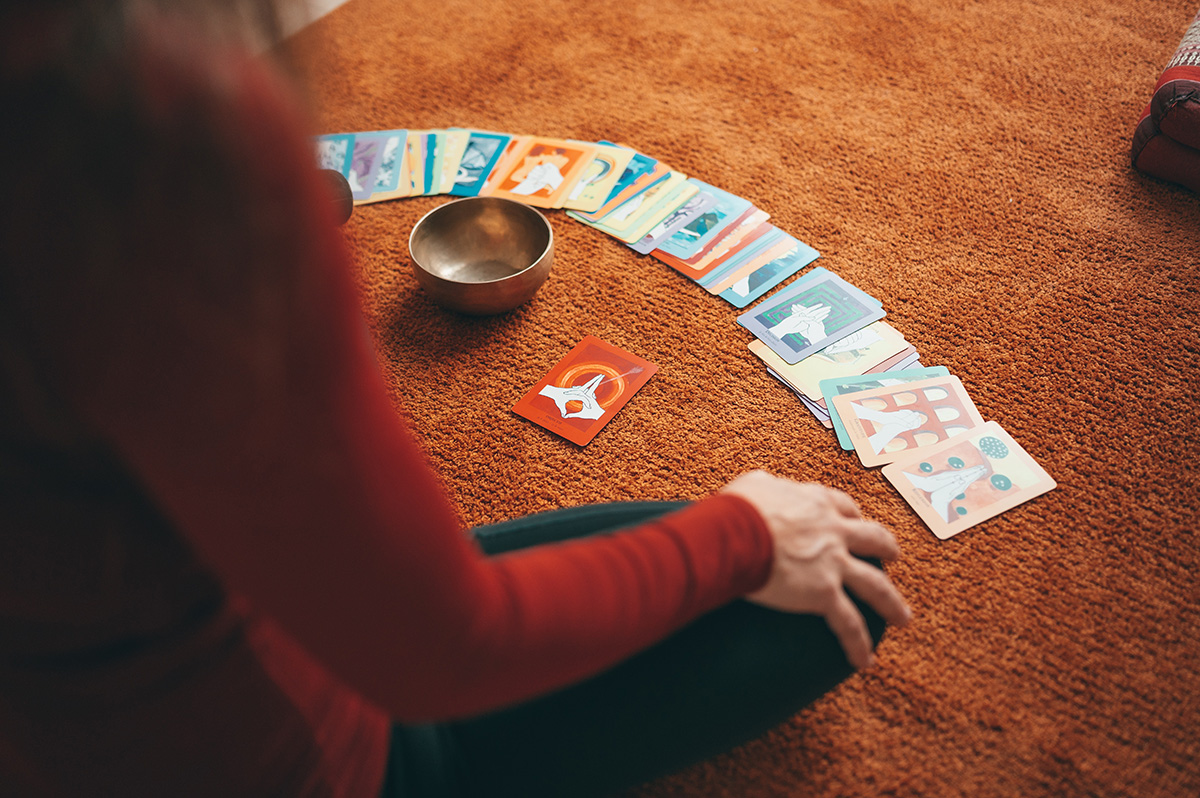 Similarly to conspiracists, conventional medicine is often thought out as ineffective, even harmful. Through honouring ‘the natural’ and retracing ‘the primal’, alternative medicines and esoteric beliefs oppose the polluting and corrupting agenda of the modern world. They reject the consumerism and materialistic tendencies of the goal-driven, capitalistic society.

These ideologies and practices are not inherently harmful; a lot of them comes from ancient times. But the issue comes when this powerful and freeing knowledge convinces someone about their own specialness. The ugliest side of the spiritual and wellness culture may be the glorification of the self over concerns about the community. The emergence of narcissism and ignorance of worldwide tragedies may be viewed as a coping mechanism.

Innately, spirituality is not an ultimate producer of narcissists, with the main goal in spirituality being to achieve inner peace. Still, by nature, inner happiness should ‘enlighten’ individuals to perform better in the world, and anticipate Earth changes and political/social utopias. But as the cult survivors Julian Walker, Matthew Remski and Derek Beres discuss in their Conspirituality podcast, wellness and spiritual culture often invite vulnerable people; susceptible to somewhat irrational and impractical sentiments.

‘Conspirituality’
Both subcultures/movements possibly derive from Gnosticism, a two- millennia-old religious movement, forming a special elite that fathomed “the illusion of ordinary reality and accessed secret truths.” But ‘conspirituality’ also seems to bring many absurdities along the way. Its ‘followers’ are prone to be sceptical of mainstream media while categorically trusting frivolous sources, which do not live up to most journalistic standards. A British author, columnist and feature writer, Christopher Stone, has devoted much of his work into the observation of the political and spiritual world.

“We all subject to confirmation bias. We tend to gravitate towards those things we already agree with”, Mr “CJ” Stone explains.

The western world is understood to be the symbol of freedom, and since the Second World War, people haven’t sacrificed their privileges to such an extent. Taking that freedom from people who strongly believe in, whether evil intentions of those in power, or the divine importance of one individual, could fuel those extreme behaviours. Another aspect may be the fear and uncertainty that the world has collectively suffered.

“But the thing I’m most aware of, is the way this whole pandemic issue has split people…”, says Mr Stone.

Without criticising anyone’s personal beliefs and views, in a time of global crisis, the world needs solutions. And ‘conspirituality’ has not offered that yet, but rather endangers and discomforts vulnerable people. This group of enthusiasts tends to raise questions and find answers outside of the perceived reality. But in a world of already existing issues and tragedies, ‘the ultimate truth’ empowering their existence could transcend into the spheres of our societies where it’s needed and most practical.

Our beliefs do not define us; our actions do. And even though those beliefs strongly impact our efforts, through checking our sources, confronting confirmation bias, and critically reflecting on our own experiences and thinking processes, we might find less ego and more hope. 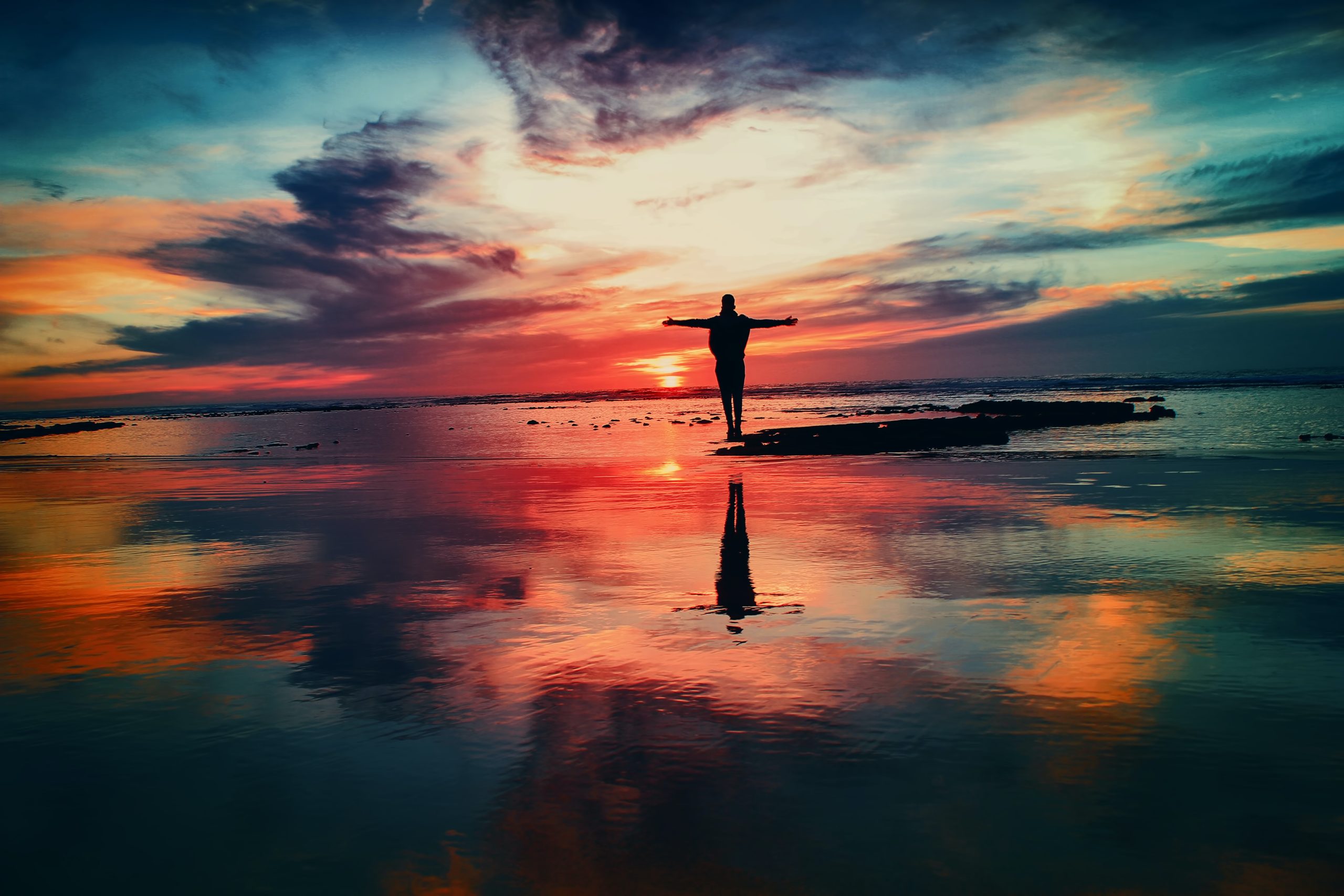