The Untold story of Grooming in the Queer Community

The LGBTQ community has come under increasing attack from conservatives accusing them of "grooming" children. this had led a demonstrators protest against the "Don't Say Gay" bill in front of the Florida state Capitol in Tallahassee.

The UK is one of highest countries where there's a " grooming epidemic". "Almost 19,000 children have been sexually groomed in England in past year and more than of half of these are part of the LGBTQ+ community" -Lizzie Dearden Home Affairs Correspondent Grooming is when someone builds a relationship, trust and emotional connection with a child or young person so they can manipulate, exploit and abuse them.

It's common in gay culture for young men to join dating apps such as Grindr and Squirt to meet other young men like themselves. This where they will meet older men who then start off being very friendly and caring, so that the young men feel comfortable enough to meet them.

Please note that all names have been changed for anonymity

Leon had first met his 'groomer' a 28-year-old man at the age of 15 on a dating app. Where they had built a strong 'friendship' it will then grow into a sexual relationship. The groomer will then force Leon take part in sex parties with all his friends who were all also grown men.

This will then go on for 7 years, every time Leon would try and break free from the abusive relationship his groomer would then manipulate him with money and gifts. The groomer would constantly remind Leon how much he does for him and how he loves and cares for him more than his own family. 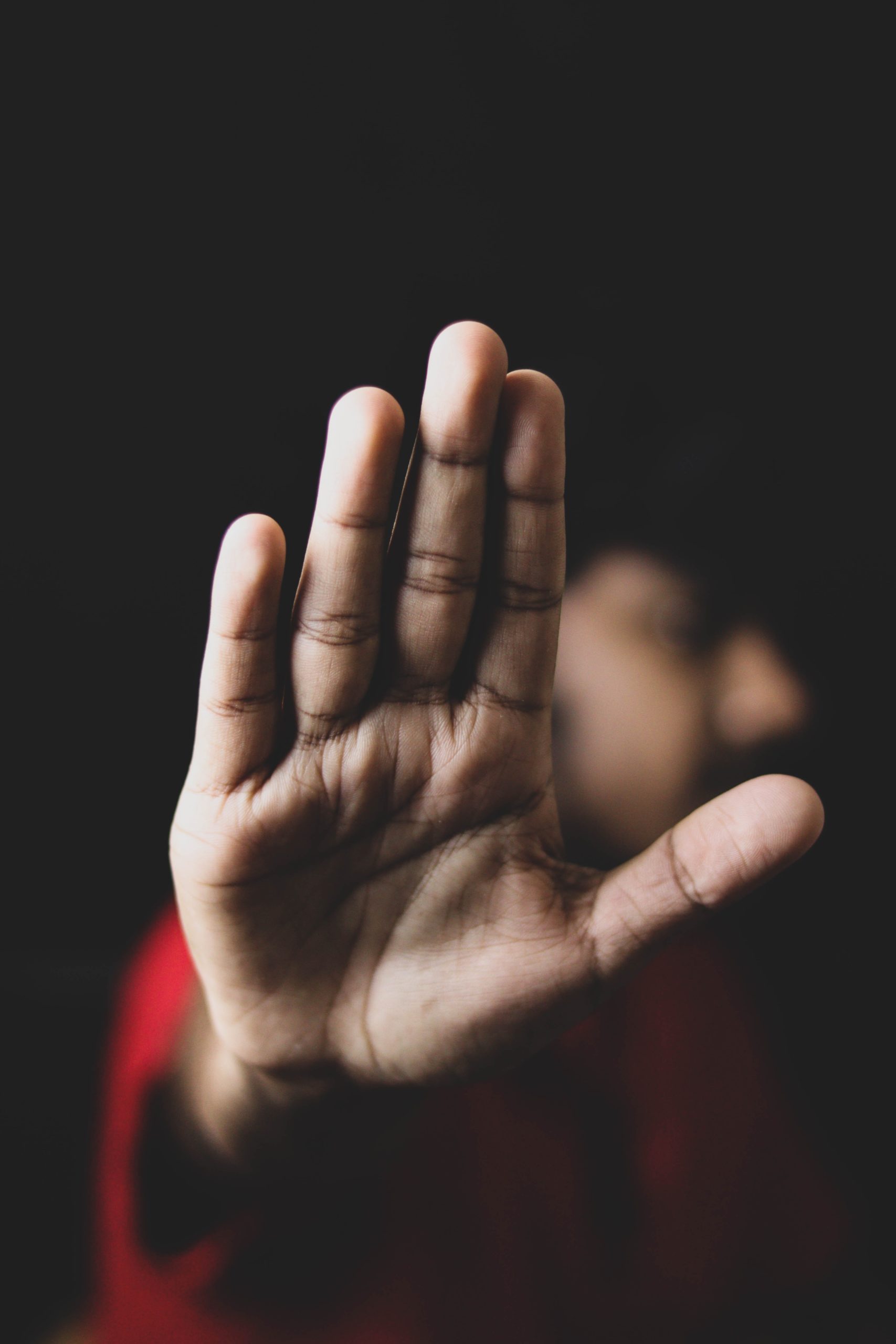 He was only able to leave when fold out it wasn't just him there were a group of young men being groomed by his groomer and his friends. One of the young men he knew personally.

Here is his account of the last night he saw his groomer:

"It was regular night he had invited me over to chill with him, my mind was set on letting him Know this will be the last time I will be seeing him and how I didn't want him in life anymore"

The pair engaged in a heated conversation, where Leon expressed how he was done with the man. The groomer then said he didn't care and said he could easily replace Leon and how he had many boys to pick from and then went to show him a picture of a young man that Leon knew.

"When I saw the picture of Caleb on his phone, I was in shocked I felt sick, I ask him how he knew Caleb he said Caleb goes out with his friend and he is going to replace Caleb with me"

Leon then decides it's time for him to leave, He was stopped straight away by the groomer, where he then began to manipulate Leon.

"He was holding on to me tight, he kept repeating himself saying he doesn't want to have to replace me, saying that I'm special that he loves, he will always take care of me. He then went onto saying if I cared about him, I should prove it, which then lead into us having sex" 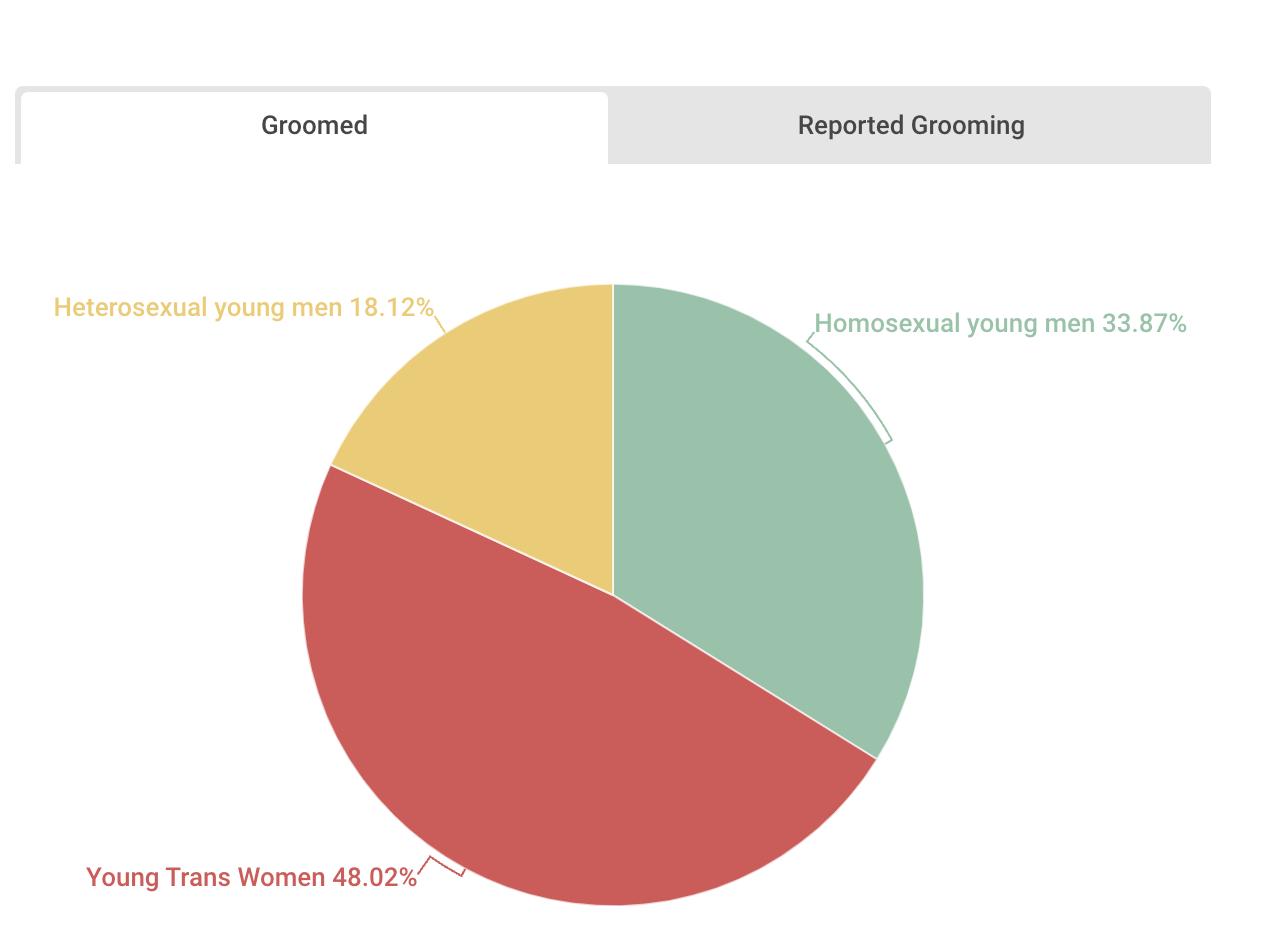 All groomers use the same tactics to get their victims

Identifying and targeting the victim. Any child or teen may be a potential victim.

Leon was able to come to terms with what happened as he is now age of 21 and is mature enough and has a better understanding of the fact of what happened to him was wrong. He said the turning point for him was finding out his friend Caleb was also caught up in the similar situation as him.

He informed Caleb about everything and warned him to stay away from that man. Caleb then example to Leon that he is in relationship with one of his groomers friends and that he was pressured into group sex.

The 2 have both cut ties with their groomers but haven't report them as they knew they wouldn't have the support of their family to help them seek justice.

Most young queer men don't report incidents of sexual coercion due to the fact it's so normalised. 25% of boys and young men surveyed reported they had known nothing, or very little about grooming

Caleb stated, "I didn't realise that I was being groomed until Leon spoke to me, hearing someone around my age explain their similar experience made me see how wrong and sick it is". It took it happening to someone else for him to see that it isn't normal.

Caleb met his groomer a 28-year-old man at the age of 17, his groomer was friends with the same man who was sexually exploiting Leon.

His take on his experience:

"I didn't see or think anything bad of the age gap, I just thought it didn't matter since I was mature for my age, it wasn't till Leon told me that my boyfriend was one of the men his groomer forced him to have sex with". He continued to explain "It was wakeup call that, I had begun to realise that I had been groomed just like Leon and if I didn't leave, I would have stuck and manipulated for years just how Leon was" 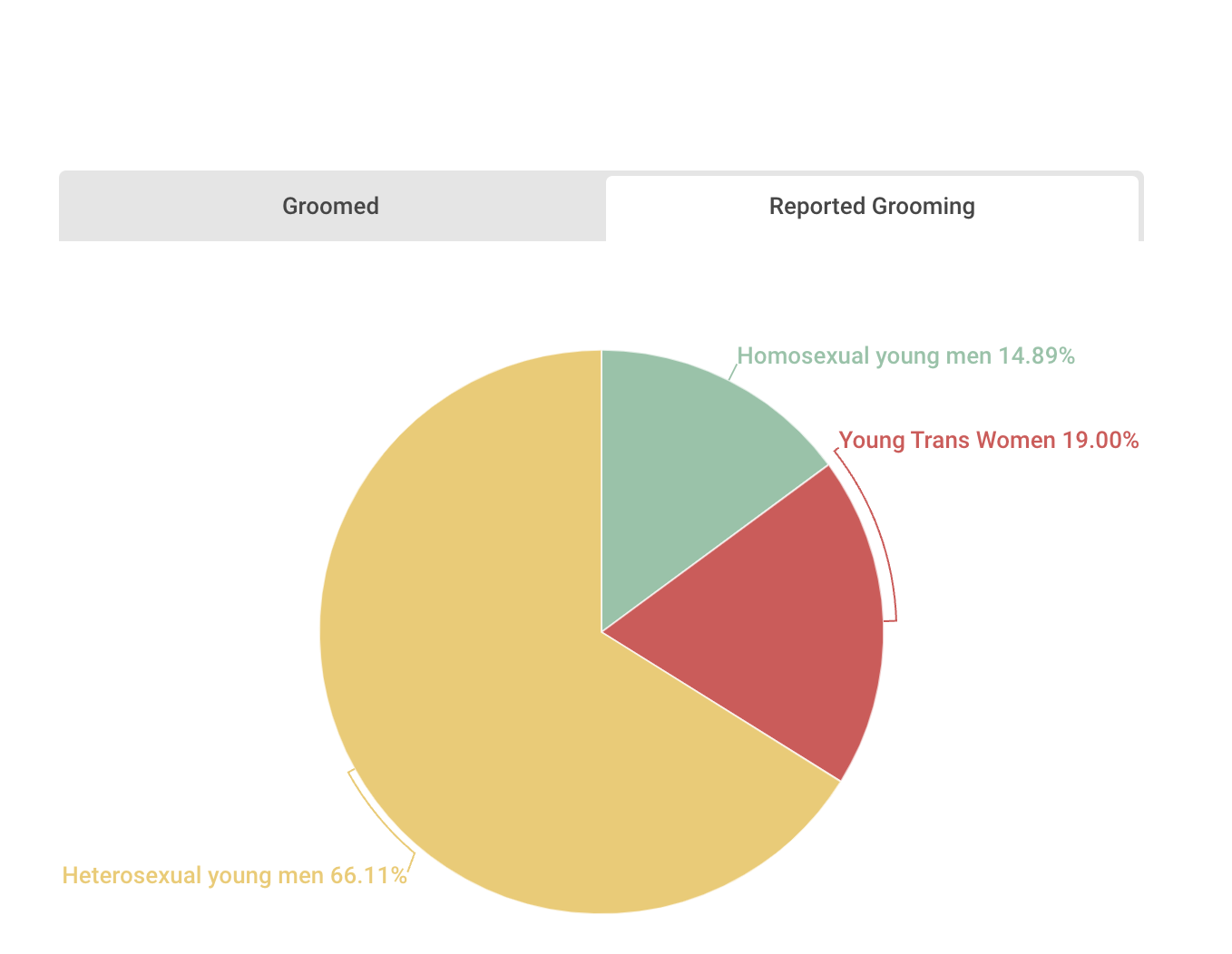 Many members of the community have voiced that even if a young person was under the legal age of sexual consent but "mature, this would sufficient characteristic to provide consent, even if there were a significant age gap.

However, this brings the argument of the fact that if a child or young person had willingly consented too sexual activity, sexual exploitation had not taken place.

Since a lot of young queer boys engaged with meeting these grown men, these beings the debate of if they can be consider being 'groomed' if they have consented to everything.

There's still a vast majority of people believe that boys can't be forced to have sex,

This stigma helps push the agenda of normalising sexual exploitation against young men. Comments like those stop young men from telling their stories. It's even harder for young queer men both Leon and Caleb didn't have the support around them to protect them from a situations, If they did the situation wouldn't have lasted so long.