What happens when Black women go missing?
By Lilliana Ogunfuwa

Not heard. Not seen. Never found. The case numbers are rising at an alarming rate regarding black women going missing across the world. Cases overthrown and overseen in the eyes of the court and in the eyes of the media.
Recently a woman was kidnapped in Clapham and this ensued a nationwide search and sparked various conversations regarding keeping women safe on the roads and violence in general against
women. The victim was honoured, the preparator was shamed and justice was served.
What about Blessing Olesegun, who was found on the shore of a beach last September? She was last
seen on CCTV footage, but her cause of death was that she drowned at 1am. Lableld as not suspicious and not a homicide.

Or Oluwatoyin Salau? A Black Lives Matter activist was found dead, who was still waiting to hear back from the police from previous reports?

What happens when black women go missing? Why don’t their lives matter just as much as anyone else’s? Why did their lives end like this? Shouldn’t justice be served to all, and not just a small majority?

A Ramsgate mum claim police didn’t solve her daughter’s case because they were black.

This Ramsgate mum claim police didn’t solve her daughter’s case because they were black. She also says she feels let down by the Metropolitan Police as there was no urgency or outrage about both her daughter’s deaths and disappearances. 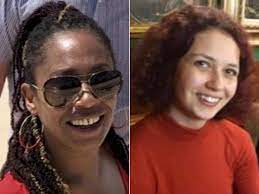 Nicole Smallman, 27 and Bibaa Henry, 47 were found dead in North London park on June 7th last year whilst celebrating Bibaa’s birthday. Mina reached out to the police two day after not hearing from them but didn’t the support or help she thought she would.

Due to the polices lack of support and attention, the family were forced to launch their own search for answers which slowly led to the sisters’ bodies being found. Minas family and friends were shocked and appalled about the severity of the case and hearing nothing about it from the police or the media.

It was Mina’s boyfriend who found the weapon and then later discovering the bodies of the sisters a couple of yards on. “I’ve found them, but they are gone”. There is an undeniable difference from the response and support from the police between the Sarah Everand case which was closed within a week with the predator charged with her kidnap and murder and this one. Mrs Smallman believes it is because her daughters are black is why there was no urgency to search for them when first talked about the disappearance.

When Sarahs body was found. Not only was a metropolitan police officer charged with her murder, but a vigil was held in Clapham Junction which Kate Middleton, the duchess of Cambridge attended. Political figures like the home secretary Priti Patel and the prime minister, Boris Johnson commented upon the tragic situation too.

Mina first appeared on bbc one news in June 2020 regarding the polices inappropriate and disturbing behaviour regarding their behaviour towards the severity of the case but has since returned for another interview to spread awareness of the racism she has received from the metropolitan police.

“I am broken beyond words”

“You can’t begin to understand what it is to lose a child under those circumstances and then to have a further betrayal by the very organisation who is paid, and we have an agreement with that they will protect us, and they will honour us and behave in a way that gives our deceased dignity.” The mum of two says as she relives her trauma from watching the Sarah Everand case air. She also says it took her and her husband Chris “back in time emotionally.”

After the deaths of Bibaa and Nicole, an investigation was launched into the behaviour of police officers on the case and discovered that when they should’ve been securing the scene, they took selfies with the women’s deceased bodies and shared them. These police officers dehumanised her daughters.

How many times will the police and government turn their back on people of colour, specifically black women? Missing white woman syndrome is very apparent in the Sarah Everand case. The extensive amount of coverage from the media, support from politicians and the government is far different to any missing case about a black woman. Decades after the Stephen Lawrence case, the
treatment and aftercare which have been shown to Mina Smallaman’s family rises the questions of institutional racism within the police force.
The cases have an obvious difference. Some people would’ve heard about and some (like this one) you wouldn’t believe happened and didn’t know.

In 2006, London Metropolitan police commissioner, Ian Blair accused the media of institutional racism in its reporting of murders. The only exception of a
black person being properly noted and reported in the media is either Stephen Lawrence or the death of Damilola Taylor.

It is poor that mina had to report the police for badly handling her daughters unfortunate and untimely death but had to raise awareness a year later to once again call out the met police for institutional racism. Dame Cressida Dick, commissioner of the Met Police said in relation to this “My top two priorities are reducing violence and increasing public confidence in the Met, particularly in the confidence of BAME communities.” 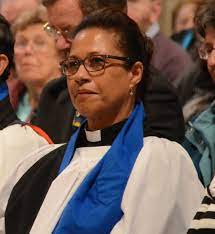 Danyal Hussein, 18, was arrested on July 1 ST and as charged the next day with the murder of both sisters and for obtaining and possessing an offensive weapon.

On March 11th ,he appeared at the Old Bailey and pleaded not guilty to all three counts.

A new trial date has been set for June 7 TH where hopefully, Mina Smallman can find the peace she’s been looking for and give justice to her daughters, Bibaa and Nicole.

A black 19 year old boy was reported missing, Richard Okorogheye. His mum hadn’t seen in him a
week. After reporting this to the police, minimal work or support was shown to the family. A social
media outcry happened! After the cctv wasn’t “sufficient enough” to track him. Days later, Richard was found dead in Epping Forrest pond in Essex, when he was found, his cause of death is “still pending”. What is being said is that the police could’ve done way more to prevent his death and find him.

In an ideal world, all people would have an equal opportunity to seek help and get justice, regardless
of their skin tone. Unfortunately, that reality is far from real. Knowing that the same coverage and
opportunities given to white victims is rarely ever shown to their black counterparts is truly sad and
something that no one should ever get over.

This is proof that there is a constant lack of attention, support and coverage when it comes to black victims, even though many will disagree and choose not to believe this. It’s time to hold accountability for perpetrators and justice for all.