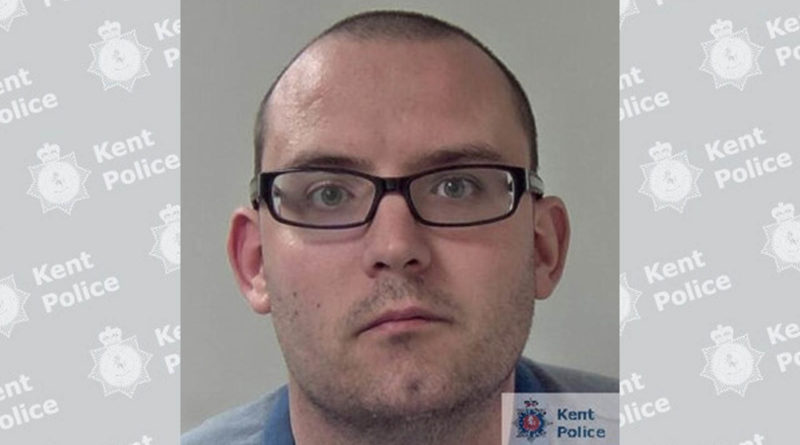 A prolific sex offender from Ashford has been sentenced to 14 years’ imprisonment after admitting a number of offences involving five children, all of whom were under 10 years of age.

Michael Funnell was convicted at Maidstone Crown Court of rape, as well as nine counts of sexually assaulting a child.

He carried out the assaults between 2016 and 2019 at locations in Tunbridge Wells and Ashford.

The 31-year-old, formerly of Crownfield Road, Ashford, was subject to two separate Kent Police investigations when he was arrested on 4 October 2019.

Evidence obtained included images of abuse found on his phone.

As well as the rape and assault charges, at court Funnell also pleaded guilty to two counts of making an indecent image of a child, as well as three counts of breaching a sexual offences prevention order and two counts of failing to comply with notification requirements.

On Tuesday 28 April 2020 he was sentenced to 14 years, with an extended licence period of five years.

Judge David Griffith-Jones QC categorised Funnell as a ‘dangerous offender’ and ordered he serve at least two thirds of his sentence before he can apply for parole. Funnell was also made subject of an indefinite sexual harm prevention order.

Judge Griffith-Jones said: ‘Experience tells us that the effects of this abuse is likely to blight the lives of these children as they grow up.

“I have no hesitation in concluding that you do indeed pose a significant risk of serious harm by the commission of further offending.

“You do have to be categorised as a dangerous offender.”

“There is no doubt in my mind that he would have continued to offend and present a serious threat to any children he came into contact with.

“He is a depraved individual who has shown no remorse for his appalling actions and who lacks any awareness of the profound harm that sexual abuse causes to children, including the long lasting effects it has on their lives.

“It is reassuring that he now faces a very long time in prison and I would like to commend the tremendous bravery of each of these young children, all of whom have showed extreme courage in coming forward to help our investigations and enable us to bring this man to justice.”