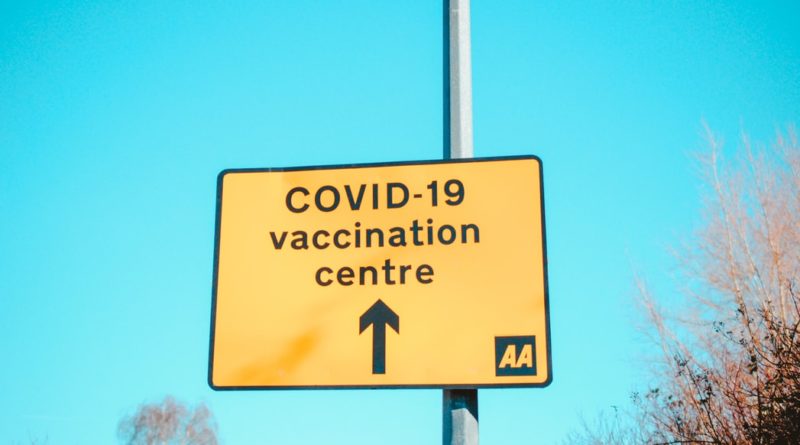 The booking process was very simple, I was able to book both of my dosages at the same time so I wouldn’t forget and with my track record, I would have forgotten. I chose my local vaccination centre and within minutes I was booked in and on the list to have my vaccine on Tuesday 23rd March.

Tuesday came around quite quickly, I was slightly nervous as all I had seen was terrible hard news about the vaccine and the process. I was the last one out of my immediate family to receive the vaccine, my dad had it in February and my sister had hers on the Saturday before.
I took a taxi to the vaccination centre armed with a mask, hand sanitizer, my booking reference, and an iced coffee. I got there 5 minutes early and I’m very glad I was there early.

The centre had a walk-in GP going on as well as the vaccines, there was one huge queue that looked never-ending, I couldn’t find a way to get into the queue. I asked for help and was sent to the front door where my reference number was checked 4 times before allowing me to go in. As I walked in I was greeted by a member of the local rotary club who was giving out Free pumps of hand sanitizer. I was then told to follow ‘The yellow brick road’ as I looked down huge yellow arrows were pointing in the direction of another rotary club member who was to officially mark me as present. I was passed between 2 other people who told me that i would be receiving the AstraZeneca Vaccine

The jab itself was quick and painless, After hearing Boris Johnson say he didn’t feel a thing having his vaccine done I assumed he was exaggerating and I was expecting it to be painful, but it wasn’t. I had received my Jab and was home within 30 minutes

It wasn’t until the 1st hour had passed that the side effects started appearing. It all started with a pounding headache, it was as if a little man was hammering at my brain, but I was warned about this by my sister so this was expected. I took my paracetamol and had a coffee, I felt very sorry for myself and lacked enthusiasm to do anything, After all I had just been stabbed in the arm with a needle.
Around 5:40pm I took a well deserved nap. what I didn’t expect were the other side effects that appeared.

At 7pm I had lost my appetite, this was unusual for me as someone who has always enjoyed food and for someone who is practically always hungry. I didn’t eat my dinner and had a cup of tea instead.

By 9 pm I was wide awake and feeling incredibly nauseous, the constant feeling that if I was to move a single muscle I would throw up kept me awake, this all changed within half an hour, I suddenly was incredibly thirsty, i felt as if At 12 am I had spiked a fever, the constant shivering triggered the muscle aches. I knew that I had to get out of bed and take my temperature and take some paracetamol, but the thought of taking my arm out of the duvet made me cry. The layers were quickly put on, A hoodie was pulled over my pyjama top and a blanket was wrapped around my shoulders. I had my 3 Layers on whilst taking my temperature and paracetamol. I look at  the thermometer once it starts beeping, indicating it had done its job “41 degrees” I read out to myself before I snuggled down underneath my duvet adding layer number 4 knowing there was nothing else I could do other than take the paracetamol which I had already done.

I felt like I needed to call 111 and tell them how rubbish and the amount of pain I was feeling but deep down I knew it was because of the vaccine and I knew I had taken the vaccine for a good reason. I kept telling myself “You’re going to be okay” when in reality, I was 100% sure about that.

It wasn’t until 5 am when my crying and shivering sent me to sleep. It was 7 am when I woke up, it felt as if my bedroom had turned into a sauna, the sweat was dripping off my forehead as the air struggled to make its way to my lungs. Soon enough the windows were thrown open and my radiator was turned off and that is when I noticed that I couldn’t put my left arm down by my side.

My armpit had swollen up during the night, it was as if I had a golf ball under my arm at all times. it was very sensitive to touch. This was the arm I had the vaccine injected into. Panic came into my mind, I wasn’t sure if this was the vaccine and I started to overthink. My dad sat me down and we read the side effects together. He listed them out and after every one I said “Ive Had that”, Once he read out “Swollen Lymph nodes” my mind settled.

My swollen armpit was one of the last side effects to fade away, it was swollen for 5 days but my injection site was tender to touch for 7 days. After the 7 days, even though i had to miss out on a university day, i was back to my normal usual self.

I am yet to experience the new incredibly rare side effect found within this vaccine, Blood Clots. But knowing my luck and experience with this vaccine so far I would not be surprised if I do experience it.