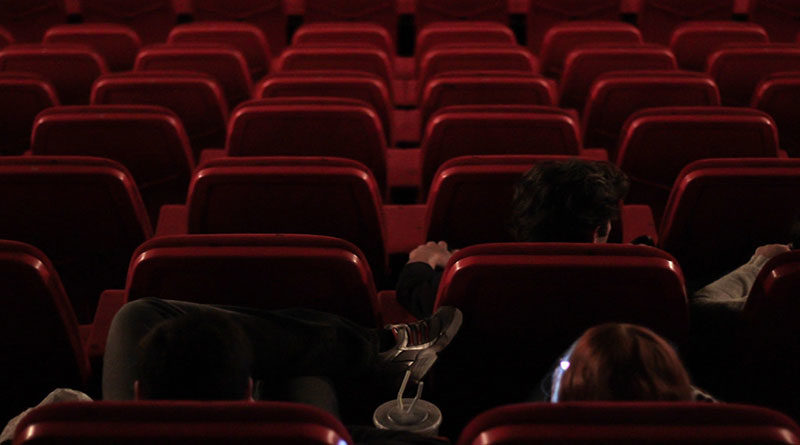 Wes Anderson is widely regarded as one of the most alternative and unique directors in Hollywood and The Grand Budapest Hotel shows this to perfection. A heart warming tale about the friendship of a lobby boy and his concierge and their misfortune in 1930 Zubrowka (yes, that is fictional). This masterpiece is filled with unique cinematography, thanks to Wes Anderson’s signature passion of symmetry, a witty script and fantastic delivery, that all perfectly combine to make one of the greatest films in cinema history.

Whilst the Joker is the most recent film on this list to land, it is safe to say it has had the largest impact on film fans across the globe. Although it the first R-rated film to reach $1 billion in the box office, this film had far more than an economic success.
The Joker tackles many current issues including, class divides, health care, and the issues of mental health. This will be a film which will appear in many conversations in the decades to come. Joaquin Phoenix plays the lead role of the Joker to perfection, creating a far more realistic portrayal of the exuberant comic book villain, making this film even more disturbing.
Your thoughts of this film will develop and new understandings will be made, months after the credits have finished.

Hunt for the Wilderpeople 2016

At the beginning of the decade few people would have known the name Taika Waititi. But as the decade draws to a close, many of you would have seen his latest film Thor: Ragnarok and the trailer for his next, highly anticipated feature, Jojo Rabbit.
Hunt for the wilder people can be thanked for Waititi’s rise to fame. Due to this film’s over the top characters and outrageously funny script you will be laughing during every scene as you join Ricky Baker and Uncle Hector on their escape from child services across the                                New Zealand bush.

Inside Llewyn Davis is by no means a fun movie. This dark comedy follows luckless folk singer Llewyn Davis (Oscar Isaac) in his desperate attempt to secure a record deal.
You won’t be able to stop yourself from chuckling as you watch Llewyn in a number of unfortunate events, whilst your ears are treated to song after song of quality folk songs performed by the likes of Justin Timberlake, Marcus Mumford and Oscar Isaac himself.

I was lucky enough to witness Interstellar in an Imax Odeon Cinema, a cinematic experience I will never forget. Christopher Nolan’s homage to Kubrick’s 2001 a space odyssey will amaze you with its incredible visuals and mind-numbing concept of time travel and the wormhole theory.
Legendary composer Hanz Zimmer once again provides an orchestral masterpiece to Nolan’s work. The church organ heavy, haunting score simply adds to the films gigantic scale as you will watch in awe of the cinema mastery which lays before you.