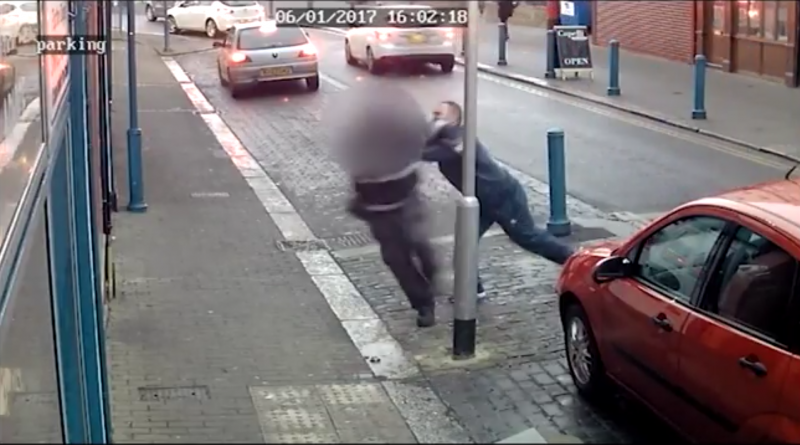 Sheerness man, Daniel Corneille has been sentenced to two years in jail at Maidstone Crown Court after pleading guilty to grievous bodily harm without intent, after pushing over a traffic warden once he was given a parking fine.

The warden was issuing a ticket on January 6 when the car owner, Daniel Corneille of Estuary Road, Sheerness, returned to his vehicle in Sheerness High Street and became angry.

As Corneille returned to his car he saw the parking enforcement officer had issued him with a ticket because Corneille’s car was blocking paving which was designed to assist blind people when crossing the road. His car was also parked on double yellow lines.

Corneille approached the traffic warden and started to shout and swear at him before he forcefully pushed him.

The civil servant tried to stand up however Corneille pushed him again causing him to fall backwards.

The victim was treated by the ambulance service following the incident and later taken to a local hospital where it was confirmed he had a fractured shoulder. Detectives investigating the incident showed a recording from the victim’s body worn footage and also CCTV to identify Corneille. He was arrested on January 13 and later pleaded guilty to the offence at Maidstone Crown Court.

Investigating officer, PC Jez Chittim said: ‘This was an unprovoked attack on the victim who was doing his job and did not deserve to be injured for this.

‘Corneille blamed the incident on ‘having a bad day’, but a lot of people have bad days and do not lose control and act in such a violent manner. I hope that this sentencing acts as a reminder to others to not behave in the same manner.’