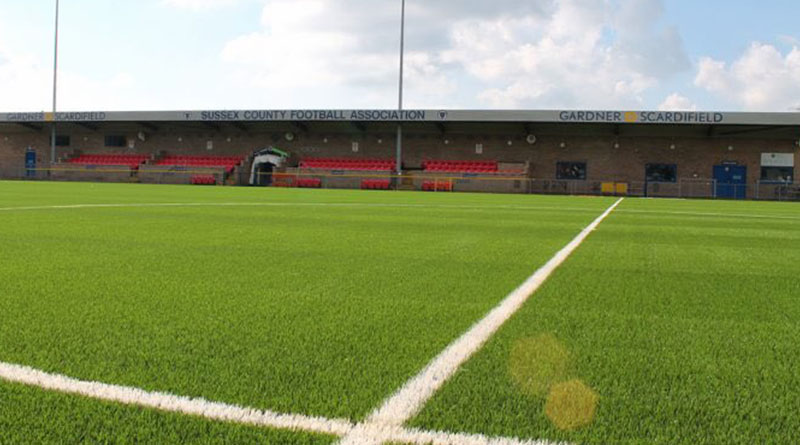 Ashford United manager Tommy Warrilow felt his side deserved more from their game against Horsham on Saturday despite coming away with a hard-fought 0-0 draw.

The Nuts & Bolts went into the game knowing a win would move them above their opponents into second in the Bostik South East, as they aim for runners-up spot in the table and a more favourable play-off draw.

Warrilow said: “We started really brightly and were disappointed not to come in a couple of goals ahead in the first-half. We got into some really good areas but our final choice of pass was really poor.

With all my sides I’ve always been a forward-thinking manager about getting at sides and attacking, but we are definitely getting more organised out of possession.”

“If we had got one or two, I don’t think that Horsham would have come back. The second-half was a lot more even – they had a goal disallowed but their keeper made a lot of saves.

“But I’m still pleased with the performance and I think if we had hurt them a bit more in the first-half perhaps we would have come away with the three points.”

Warrilow believed that his side could have made life a lot easier had they made the crucial breakthrough in the match.

He added: “I’m really happy with how we’ve been playing lately, but we could make life a lot easier for ourselves – having so much possession we need to make our chances count.

“Defensively we’re getting stronger with another clean sheet and without the ball we’re becoming better too.

“With all my sides I’ve always been a forward-thinking manager about getting at sides and attacking, but we are definitely getting more organised out of possession.”

Now sitting fourth in the table, the team from Homelands will look to return to winning ways when they host Guernsey on Saturday.