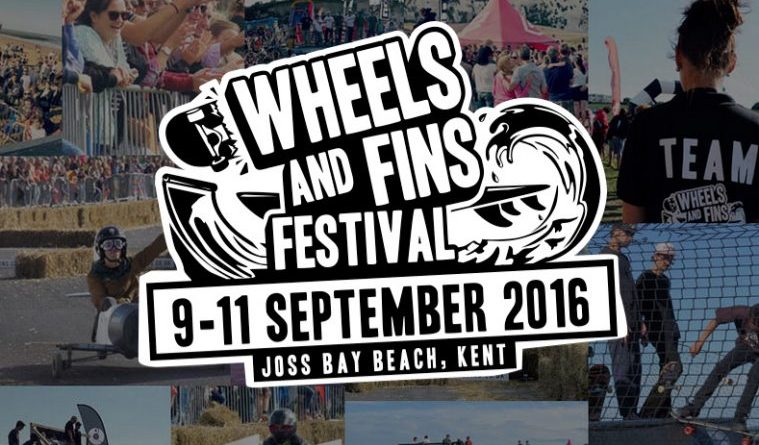 What Is ‘Wheels and Fins’?

The Wheels and Fins Festival in Joss Bay, Kent, will be held from September 7th-9th. Attendees can expect a three-day extravaganza of action sports and music, as the festival is: “An eclectic, boutique, music and action sports festival, located just an hour and a half from central London, with stunning ocean views.

“Now in its 6th year, the festival has gone from strength-to-strength since its inception, priding itself on showcasing amazing new live music talent, along with established names, and super-high production values.

The Libertines To Headline And Curate Wheels & Fins Festival https://t.co/707KWgWjsg

You want to buy tickets but don’t know who is going to be performing? The crew at W&F have got you covered. Here’s a list of who will be on over the three day fest. Everybody is welcome and will be fitted with a coloured wristband depending on their age. Camping, a number of food and drink stalls will be around the festival grounds. For those of your who are daredevils, there will also be a ‘Wall of Death, surfing and skating ramps alongside the Main Stage and Dance Stage.

Since the start of the festival, there has also been a soapbox race around the event grounds.

Following the release of their headline act on April 26th, The Libertines, Event Director, Dave Melmouth said: “The festival has grown from a few mates playing on a small fabricated stage to this year hosting bands like Feeder and The Libertines. In addition we now host the UK Mini Ramp Champs which was incredible last year with some truly work class skateboarding. This year we are adding a women’s and junior category”.

Melmouth continued: “We hope that everyone has amazing time at this beautiful little festival by the sea. There are not many locations around the country that have a location like ours and we hope everyone loves it as much as we do. We are hoping to sell out this year”.

The festival also is conscious of environment issues such as recycling and ocean conservation, as the Melmouth, an avid member of the Surfers Against Sewage explained: “I have had a personal connection with Joss bay for over 30 years and its had significant impact on my life. The opportunity to create and action sports and music festival at a location I love was a no brainer.

“We have a strong environmental ethos and we run a zero to landfill policy”.

Tickets are available for little under £30 per adult and £11 per child for a single day, however weekend (three day) and camping tickets are also available, to immerse yourself in the Wheels and Fins experience. Find tickets here.

Tickets have been purchased for @wheelsandfinsuk to see the boys @SolarNineties and also @libertines & @example ????☀

Parking is approximately £6 per day.

Here’s exactly where the festival will be held, in Joss Bay.