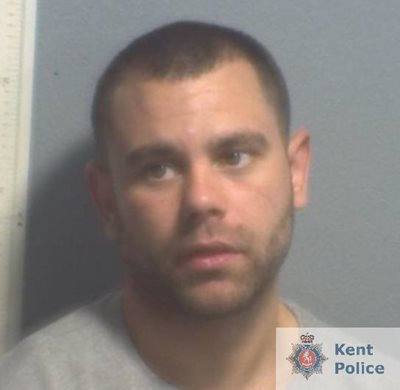 A Dover man has been sentenced at Canterbury Crown Court on Tuesday (28th) to 30 months in jail after driving his car directly at police officers while they tried to stop him in Queens Mews, Deal.

On July 12 officers on patrol in Deal saw Bowen driving a Vauxhall Signum.

The defendant drove down Queens Mews, a narrow street leading to a car park.

As the second officer got out of the car, Bowen then drove straight at both officers, who managed to move away in time, before using his vehicle to shunt the police car out of the way and drive away.

One of the officers sustained an injury and required hospital treatment.

The following day Bowen was found by officers and arrested.

Investigating officer Detective Constable Robert Goodban said: ‘As Bowen has never passed a driving test and is a disqualified driver, this was a blatant disregard for his driving ban and the law.

‘He showed absolutely no consideration for those around him or for the lives of the officers who were just trying to stop him and prevent any serious harm to anyone else. It’s lucky his victim’s injuries weren’t far more serious as his driving was intentionally dangerous. ’