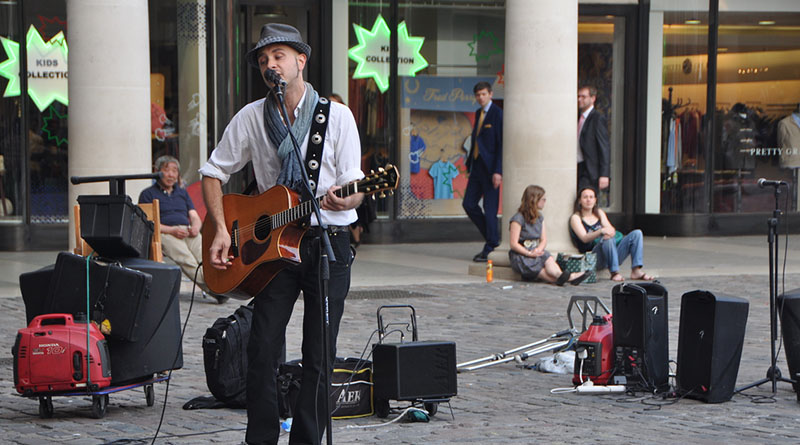 Canterbury is a massive hot spot for street performers up and down the high-street and around the city as a whole. But are they welcomed by all?

With many of the performers and buskers using professional music equipment for their performances, the volume can rise rather high and this is a point of tension for some people.

I took to the streets to see just what the people thought on the matter. One resident said “It’s all a load of noise, I just want to enjoy a trip to town without all that racket.”

This is a large point of conflict between residents and the council, who actively encourage busking in the city. In an official statement that sets rules for busking and performing in the Canterbury, the council states “We recognise that busking and street entertainment is an important part of our district’s cultural life and we encourage its role in creating a vibrant street culture.”

The council has done much in order to control these performers though, to please both residents and the buskers, for example, the performers must not obstruct highways or shop entrances and amplification cannot be used between 9pm and 8am.

Others, however, are largely positive about the street performers, another resident said “It’s charming, it adds character and personality to the city you don’t really find anywhere else. I couldn’t imagine the high street without them really.”

What do you think? are they a welcome, charming part of Canterbury City life or are they an annoyance? Let us know what you think in the comments below.