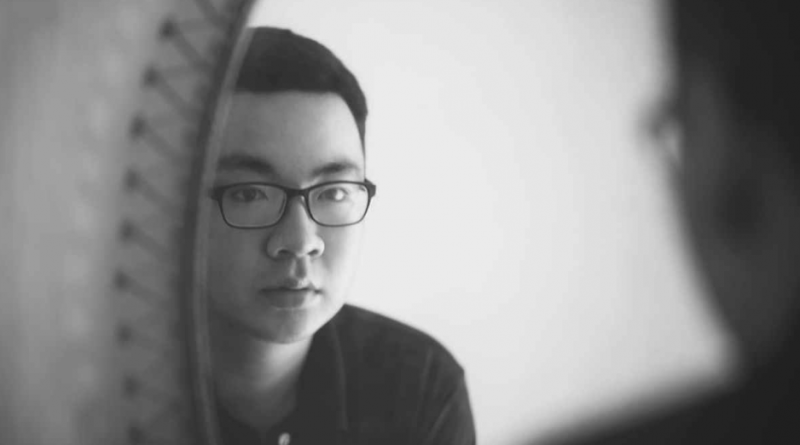 Body Dysmorphic Disorder or BDD, as it is commonly abbreviated, is described in the ‘Diagnostic and Statistical Manual of Mental Disorders‘ as a type of obsessive-compulsive disorder that manifests itself as physical attributes on the human body. ‘BDD sufferers experience extreme anxiety over a real or imagined physical flaw’, this means that the slightest flaw could be magnified and over-exaggerated so much that the sufferer is unable to operate normally.

Suffers often find it very difficult to express themselves and explain their thoughts to their friends, family and medical professionals, as they do not want to seem ‘attention-seeking’ or ‘vain’, as one sufferer described it.

How Dangerous is BDD?

BDD if left untreated can devolve into depression, anxiety, self-harming and even suicide or death. Current estimates suggest that 0.5% of the population have BDD between childhood and adulthood, that equates to 332,868 of Brits.

Chloe-Amaris Stevenson, 19, is a model, artist and actor who has suffered with severe BDD from a young age. This condition running alongside OCD and anorexia has had a serious impact on her life: “I’m close to being hospitalised”.

Meredith Leston, a public speaker on anorexia and BDD said, ‘For me, the moment I realised body image really [was] just a neural process, was when I gained weight in recovery from my anorexia – suddenly I was looking thinner!’ Meredith expresses that body image is a ‘construct of the brain’ and gives three ways for those with BDD to help themselves:

Many cases see sufferers living with BDD alongside other eating disorders and mental health conditions.

Throughout his experience with body dysmorphia, Cameron Evans, 24, a Rye-based freelance photographer and fine artist said that he developed insomnia, anorexia and schizophrenia, as well as having a heart attack at aged just 17. This was all spurred on by bullying in school and “comments on photos or seeing someone who looks better and skinnier than you do”. Evans then said, “I think photo editing is a big part […] Changing how you look entirely, just so people like it. It’s damaging to your mental health. You become obsessed”.

For women the ideal is to be slim, conventionally beautiful and have one-hundred percent facial symmetry. The perfect chest and bum, the Instagram model makeup… glowing with health. However, for men the stakes seem a lot higher, with Instagram and other social platforms presenting a constant bombardment of muscly, youthful- looking, testosterone-pumped men. Cameron said that there was always the expectation of “how male are supposed to be tough and broad, manly or sporty” and that “whenever I’m online, I see men who have muscles who are clearly happy, I feel I have to be that way”. Social pressure to look the biggest, the best and the most ‘healthy’ is Darwinian, the notion that your looks surpass your worth as a human being is what many people who have BDD experience and believe on a daily basis.

Inside Look: What the Suffer Sees

Weight loss, weight gain, crooked noses and uneven skin. These are all things that everyone has to deal with in some point of their, but the concerns that those diagnosed with the OCD-like condition find themselves transfixed on their flaws and see something staring back at them in the mirror, that they find to be monstrous.

“I have anxiety […] It is so hard to put into words. I see my big teeth, big forehead, tired eyes, fat arms. I could go on and on. Every flaw magnifies to the point it’s all I see. I can’t look at people without thinking if they’re thinking how ugly I am” – Anonymous, 35.

“BDD is the reason why I’ll get absolutely smashed on nights out because I saw a reflection of myself and couldn’t stop crying. This Christmas that just went, I lost one and a half stones from not eating because BDD told me that I’ve gone back to 16 stone. I’m bulimic too” – Anonymous, 23.

Irish/Croatian youtuber, Danica Marjanovic, 24, is an advocate for body positivity and described her own struggle with BDD that started when she was only eight years old, “I hated the right side of my face” and “once I reached sixth form I lost a heft amount of weight and the compliments started rolling in”. Danica was anxious in social situations and obsessed over her ‘wonky’ facial features. She stated that ‘there’s a massive connection’ between the increased use of social media and how people can end up seeing themselves as ‘distorted‘.  She continued to say that as “a 17 year old girl I [had a] lack of self-awareness, I’m being bullied for my weight already, of course I’m gonna buy into the skinny ideal, we’re constantly brainwashed with that culture”.

The 24 year-old also claimed that celebrity endorsements of weight loss was only about moneymaking and that celebrities are pitched the idea, “they haven’t got a flying f*** about health”.

Body Image in the Modern Age

Many people have different conditions regarding their self-perception and body image, and this is not a issue linked to our generation, as there are sufferers in their 70s that have lived with the condition. But as social media and celebrity culture takes over more and more of our young people’s lives, how much of an influence does it have on how people see themselves?

“Social media has been the cause to my dysmorphia”

Personal trainer and founder of ‘Body by Vogle’, James Vogle said that, “Social media [and] celebrity culture has ruined my life. I always look at celebs and want to be like them and the same as Instagram. I am always comparing myself to others and it is so unhealthy. Social media has been the cause to my dysmorphia”. He went on to explain how he gets his hair cut every week, exercises six days a week and has a strict diet all-year-round.

As a sufferer of Muscle Dysmorphic Disorder, a subtype of BDD, the 20 year-old stated that, “People are so fake,taking a photo a thousand times to get the right one just to look great […] Social media is creating a false image and it needs to stop […] It’s taken over my life because I am worried about what people think”.

Do I have BDD?

The NHS lists a range of symptoms and ways of getting help, if you believe you might be diagnosed as someone with body dysmorphia.

Take the personality test, below, in order to find out whether you could have BDD in 10 simple questions.

Do I have Body Dysmorphic Disorder?

Where can I find help?