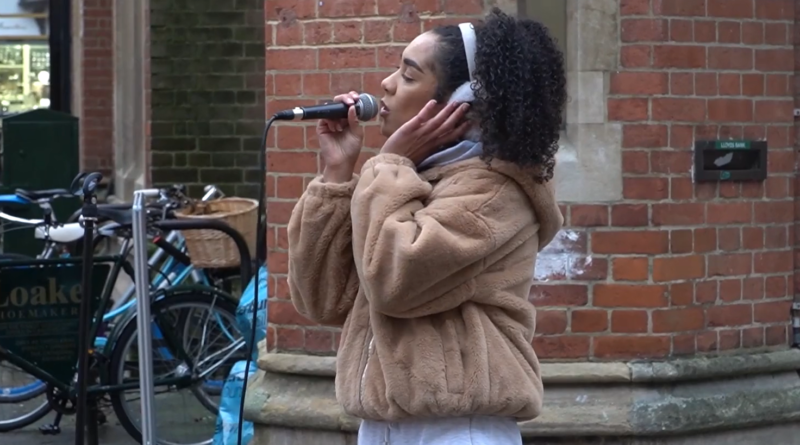 Whether you’re a fan of festivals, gigs or open mics, you won’t want to miss these musicians in your area. In these six recommendations, you will find something for everybody.

Even if you love rap, rock or jazz, these local artists are here to entertain.

Samuel is making the most out of performing this year. He’s currently on tour in Cornwall and the West of England, as well as playing several festivals; Notably Increase the Peace Festival in Bournemouth, FoundTown Festival in Kent and Rock Oyster Festival in Cornwall.

He will definitely be performing for his Kentish fans this summer too and you can also expect a vinyl release show for his current EP.

Sam said he wished there was venues across the town to help grow the local music scene.

He said: “I feel there is a great wealth of talent and artistic creativity [in Canterbury], it’s a fantastic place for busking, but, unfortunately it lacks any kind of music venue that supports original music and outside that there is only the Penny Theatre”.

Kevyn is a prototype of a modern independent artist as he masters creating and promoting his own music. Kevyn can be found on all platforms, featuring solo pieces as well as collaborations with other musicians.

Rap, pop, reggae, instrumental – these are just a few genres Kevyn incorporates in his music; showing that he doesn’t only belong behind piano and guitar but also a mixing desk.

Kevyn feels that he would never want to sign with a record label as it would impact on his creative imput: “Because we create everything we do, it’s not okay for me. This is my hard work, my blood sweat and tears.”

Sophie is a charming and talented musician who is a well known Canterbury busker.

Her voice has been echoing through the High street for almost 10 years now.

She’s also done a few records (some with Kevyn Ricard) while giving different famous songs her own character. Stop by and let yourself be amazed by Sophie’s voice, comparable to high profile singers.

To see more of Sophie, visit their Instagram here.

Will has plenty of singles already mixed and mastered, ready to go out and perform them live in upcoming months.

Releasing one single a month, he’ll lead up to his ‘sophomore second album’.

He has also had multiple encounters with BBC, and he confesses that he has continued this work through personal crises like PTSD.

He said: “I rely on music for a sense of release and creative endeavour.”

To see more of Will visit their Instagram here.

Ross disclosed that during lockdowns, his creativity and productivity in regard to music declined significantly.

His sound is easy to listen to, and during hot summer days, it is something to relax to.

To see more of Ross visit their Instagram here.

Instead of previously covering her favourite songs in a jazzy lounge, Dulce is currently writing and recording her original music.

You can expect a blend of jazz-folk with blues and Latin flavours. Upcoming songs will be very intimate and soulful, where she shares her life experiences and dreams about the future.

Other than these vulnerable and personal pieces, Dulce is planning to work with other artists during the summer

She said: “I’ll be working with various local musicians asking them to put their sounds in the cocktail too, so it’s a bit experimental and I hope to give each song its own life.”

To see more of Dulce May Moreno visit their Instagram here.