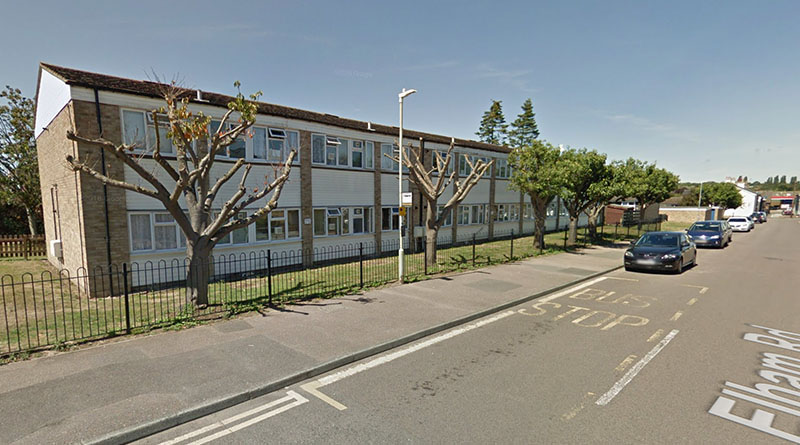 A wheelie bin was set alight this morning in a suspected arson attack.

Two fire engines and crews were rushed to a block of flats on Hollowmede in Wincheap, Canterbury when the blaze was reported just before 1am. Residents were evacuated to outside the Wincheap Primary School and the blaze was contained just after 1:08am.

A resident said that they were woken up and told about the fire by their immediate neighbour who claimed they were alerted by the smell of smoke. A Kent Fire and Rescue spokesman said: “[The fire] was believed to have been started deliberately”.

This is believed to be the third suspected attack in the area recently.

Residents have no idea who is committing these series of attacks, and are left feeling afraid of the next one.

The situation was first broken by a resident of the flat on the Canterbury Residents Facebook page:

Police are currently investigating wether the fire is linked with other two similar events that happened in this street in recent months.

A police spokesperson said: “The fire is being treated as suspicious and officers are carrying out enquiries to determine whether this incident is linked to similar reports in the same street on Thursday October 18 and Monday September 3rd”.