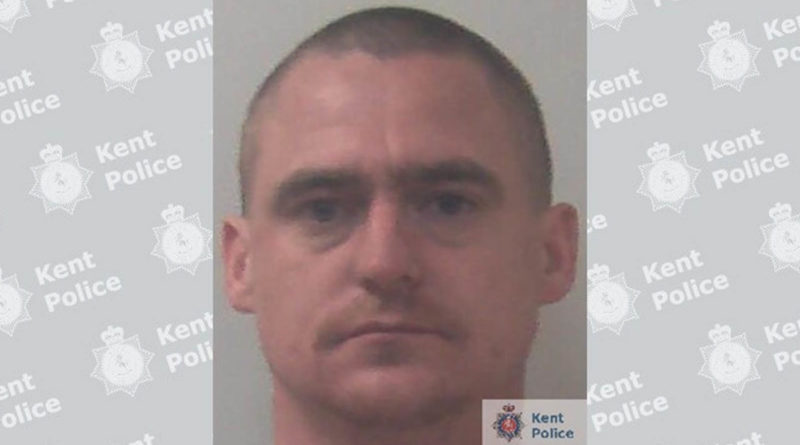 A Maidstone man who pulled clumps of hair from the head of a woman during a violent domestic assault has been jailed.

Gary Nash, 39, from Hill Crescent, Lenham, left his victim suffering a number of injuries after he also beat her repeatedly with a mobile phone and threw a ceramic mug at her head.

Nash was in the victim’s home on 9 February 2020 when he beat her in the face with her own phone so hard that it caused it to break.

He also put his hands over her face and attempted to suffocate her whilst shouting abuse.

Ignoring pleas from the victim to stop, Nash continued the assault, striking her with the mug and pulling out her hair.

Nash only stopped when the victim offered him money to leave. He took £15 from her purse and returned to an address where he had been living, in Hill Crescent, Lenham.

Officers attended this property later the same evening, where Nash was located with blood still on his hands.

He pleaded guilty at Maidstone Crown Court and on Monday 20 April was sentenced to 20 months’ imprisonment.

A suspended sentence of 126 days, for previous assaults against the victim, was also activated and will run alongside the 20 months.

A five-year restraining order was also taken out to prevent him from contacting the victim in any way.

PC Shevaun Fairburn of the West Kent Vulnerability Investigation Team said: “Nash has an extensive history of controlling and abusive behaviour, subjecting his victim to repeated physical and verbal abuse.

“I sincerely hope his victim can now take some comfort from this sentence and is able to move on with her life.

“Domestic violence is a priority for Kent Police and I would encourage anyone who finds themselves in a similar situation or relationship to report it to someone and get help.

“There is a range of support and information available, just phone us or ask a trusted friend or relative to do it.

“Nobody should feel they don’t have the option to walk away from domestic abuse.”

If you are suffering from domestic abuse yo ucan call the National Domestic Abuse Helpline for free and confidential advice, 24 hours a day on 0808 2000 247.

If you or anyone you know are in immediate danger call 999.