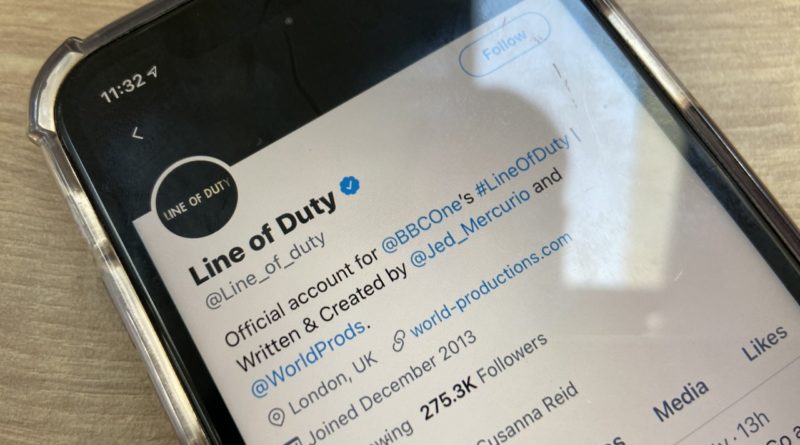 After six series of the hit BBC1 drama Line of Duty, it all came to an end on Sunday night, with record viewing figures.

The final episode of the show was watched by an average of 12.8 million people, 56.2% of the UK’S TV audience.

This was the highest ratings for a TV drama since ITV’s Heartbeat back in February 2001, with 13.2 million.

After 36 episodes spread across ten years, viewers sat down on Sunday night hoping to find out the identity of the fourth man/women, otherwise known as H.

Many, however, were left disappointed and turned to Twitter to vent their anger at what some described as a ‘frustrating’ ending.

Here are some of the best reactions… *Spoiler warning!*

So after all that… it’s the barman from The Inbetweeners? #LineOfDuty pic.twitter.com/VnlHROhdPg

Nigel Boyle, the actor who we found out to be ‘H’, also starred in The Inbetweeners as a barman.

Pam from Gavin and Stacey is a favourite when it comes to Twitter reacting.

I once got the entire UK invested in a TV show only to end it with bumbling Ian Buckells being H #LineofDutyFinale #LineOfDuty pic.twitter.com/8gFBckvTf2

Viewers didn’t seem happy that Ian Buckells turned out to be ‘H’.

Some were so confused it was Buckells that they compared it to an Ant and Dec prank!

My reaction so far. 10 years to find out its Ian Buckles? 🙄🙄🙄 Not buying it. #LineOfDuty pic.twitter.com/p5Oi65xUV0

Everyone turning the telly off after that ending #LineOfDuty pic.twitter.com/OQKJWffJyS

Piers Morgan storming out is how some felt…

Many viewers, however, are keeping their spirits high and are hoping that there is a seventh series, only time will tell if their dream will become reality.