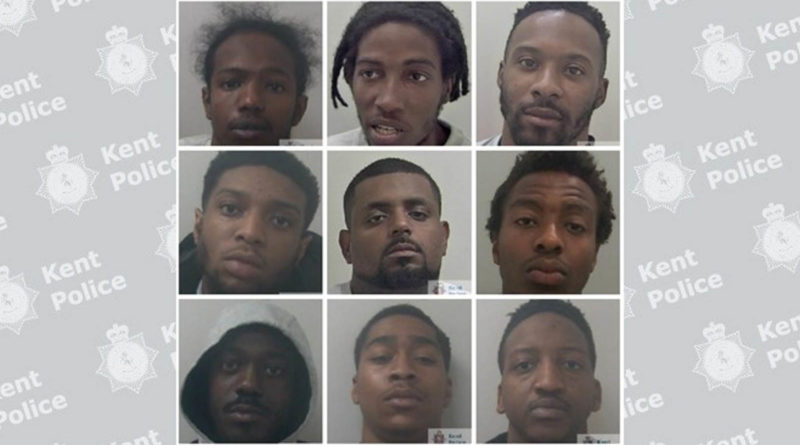 Nine men have been jailed for violent disorder outside of a Maidestone nightclub on the night Andre Bent was murdered.

Bent, 21, was stabbed to death in the early hours of Sunday 25 August following a brawl outside of the Gallery Nightclub.

His killer, 17-year-old Vasilios Ofogeli, went on a rampage, killing the South Bank University student as well as stabbing three other men outside the club. He was found guilty of murder last month following a trial at Maidstone Crown Court.

Nine other men have now been jailed for their involvement in the fight.

A jury heard how Ofogeli was one of a group of friends who had travelled to Maidstone from London to watch a performance at a nightclub in the town, which ended just before 3am on the morning in question.

A fight broke out after the event, with people punching, kicking and hitting each other with belts, and ended with the murder of Bent.

The following nine men were all arrested in the days and weeks that followed, all of which pleaded guilty to violent disorder  before they were sentenced at Reading Crown Court on Friday 24 April 2020.

• Ryan Lowe-White, 22, of Boyton Close, Hornsey – sentenced to one year and eight months;

• Mohamed Gelani, 24, of Newland Road, Hornsey – sentenced to one year and nine months;

• Kaline Riley, 23, of Campsfield Road, Hornsey – sentenced to one year and nine months;

• Rheo Lawrence, 29, of Otley Way in Watford, Hertfordshire – sentenced to one year and 11 months.

In addition to being found guilty of the murder of Andre Bent, Vasilios Ofogeli was also convicted of two counts of attempted murder and one count of wounding with intent in relation to the stabbing of three other men during the same disturbance.

He is due to be sentenced on Wednesday 20 May.

“These nine men came from London to Maidstone to watch a musical performance at a local nightclub but brought with them a level of violence that was shocking to witness.

“While none of those sentenced today dealt the fatal blow that ended Andre Bent’s life, it is safe to say he would still be alive today if the fighting had never broken out in the first place.

“I hope the sentences imposed by the court today send a clear message to others that we do not tolerate such violence here in Kent and will not rest until those responsible are tracked down and brought to justice.”