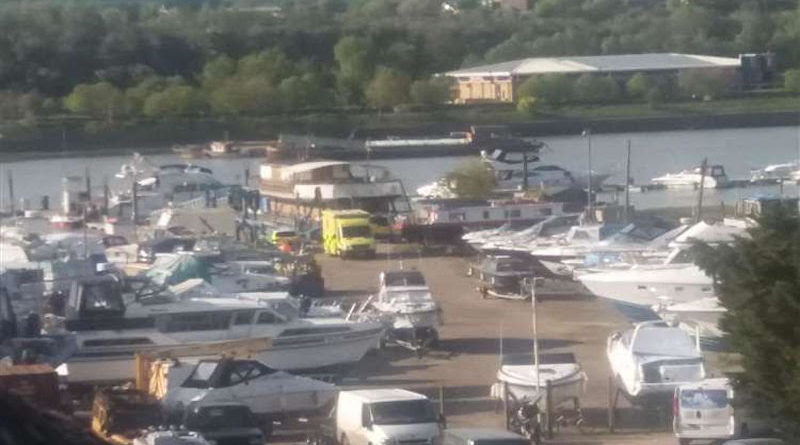 A man has been arrested and a woman taken to hospital after a boat crash on the river Medway.

Emergency services were called to the scene just before 5pm yesterday evening to a report that two boats had collided while travelling on the river Medway, near the Medway Bridge Marina.

Police attended the scene alongside Kent, Surrey and Sussex Air Ambulance and the South East Coast Ambulance and a woman who was injured has been taken to hospital.

A 57 year old man from Rochester has been arrested in connection to the collision but has since been released pending further questioning.

South East Coast Ambulance confirmed that they were called to the scene at approximately 4:50pm to reports of a person injured on the river.

The report says that the woman’s injuries were assessed and treated at the scene of the collision before taking her to Medway Maritime Hospital in an ambulance.

The Kent air ambulance team joined the other crews to help attend the patient who had suffered injuries including a leg injury in transporting her to hospital.