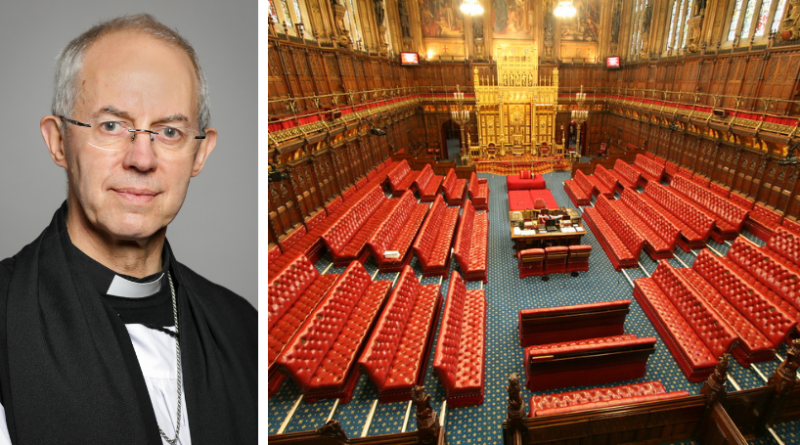 The Archbishop of Canterbury, Justin Welby has today expressed the dangers of relying too much on Government intervention in protecting free speech.

The Most Rev Justin Welby, was leading a debate in the House of Lords today (December 10) about freedom of speech online, government intervention and social media.

He said “I welcome the Government’s moves to tackle online harms, but while we can protect those most at risk, we cannot—and should not—try to legislate ourselves to good behaviour.”

Instead, Mr. Welby called for tolerance and a more ‘commutative’ approach.

Whilst speaking to the Lords, Mr. Welby  highlighted that social media is a tool for those who are underrepresented in society, saying: “The vehemence of social media is often the voice of those previously unheard and for that reason it is resented by those who have always been heard.”

Discussing the younger generation using social media to highlight injustice he said “Younger generations are more concerned than their older counterparts about the safety and protection of minorities and more willing to call for restrictions on speech to achieve this.”

“The way I can remember minorities being addressed 40 to 50 years ago shows that more concern about safety then would have been a good thing. Freedom of speech sometimes means freedom for the powerful to bully and abuse.”

Mr. Welby also spoke about those abuse on social media shouldn’t be taken seriously: “When a columnist for the Spectator said that his hopes for the coming year included that I be ‘mugged at knife-point by a gang of refugees’, I did not feel threatened or, for that matter, offended—not only because I doubt that many refugees are avid readers of his column but because, like my predecessors, I stand here in a position of privilege that, though it makes me noticed, also confers security.”

“I pay tribute to those around the globe and in this country for whom freedom of speech is genuinely something to die for.”

In his closing remarks, he called for society to embrace the values of tolerance, “We are called to treat each other as we would ourselves like to be treated, with recognition of our flawedness, space for forgiveness and support of our freedom.”