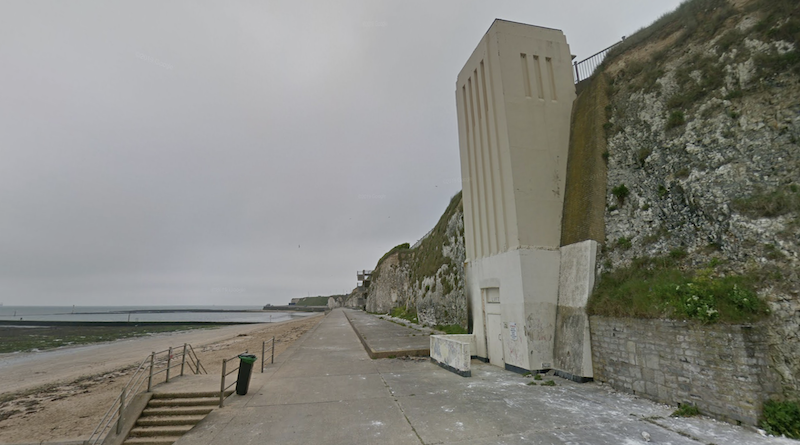 A petition to reopen the Walpole Bay Cliff Lift has been launched by a Margate resident.

Artist and local activist  Kate Harrison started the petition on Tuesday, in an attempt to see the decommissioned lift once again used by the public.

Situated in Cliftonville between Palm Bay and Margate, the art deco lift was built in 1934 to provide access to the seafront and tidal pool in an effort to promote health and wellbeing. Only four of these lifts remain in the UK today.

Kate states: “The lift has alway been something that i have absolutely loved and always felt sorry for and would love to see it rise again.”

Since it’s closure 15 years ago, the beach has been difficult to access, especially for Walpole Bay’s elderly residents.

Kate adds: “It’s incredibly steep. If you’re in a wheelchair or have a walking stick and your mobility is very limited, you’re not getting down to the sea front, unless somebody drives you there.

“If you live about Walpole bay, you really want to use the seaside area as well. It’s actually a necessary thing needed for people to access the beach.

“A Lot of people who live there are elderly and a lot of people would love to see it back into the public realm.”

In 2014, English  Heritage designated the lift as a grade 2 listed building. In the same year, Ms Harrison and local painter Mark Johnson Cooper led a team of volunteers in repairing the lifts dilapidated exterior.

The petition has gained the support of local residents, with many displaying their support for the lifts re-opening in the comments section.
Jo Chastam left a comment stating : “Its yet another part of Thanet history left to rot, it really should be restored”.
Another supporter Robin Sonnenschein also commented: “This will benefit everyone who lives and visits Cliftonville”.