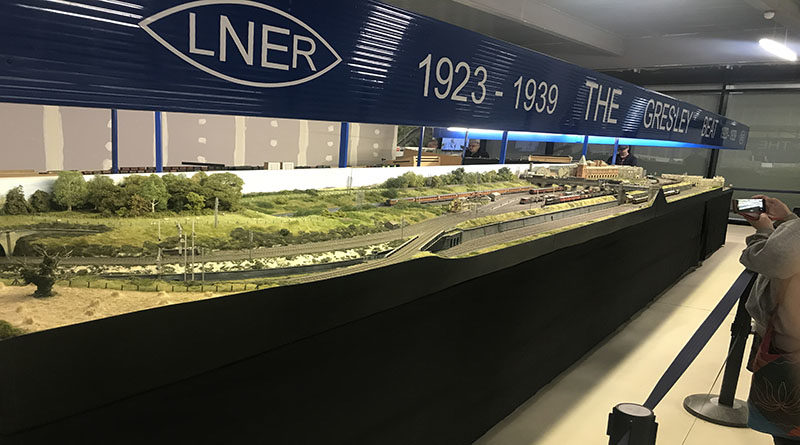 A museum dedicated to showcasing high-quality model railways and preserving railway history has opened in Ashford.

Ashford International Model Railway Education Centre, on Elwick Place, opened its doors for the first time on the 7th and 8th of December. An estimated 300 to 400 members of the general public visited the centre, as well as potential investors looking to fund the ongoing project.

The event was also visited by Conservative MP Damian Green.

“It will put the town on the map”

There are currently six layouts in the temporary outlet space, including three from the Kent-based team Railmen of Kent, who won Channel 5’s ‘Great Model Railway Challenge’.

Cliff Parsons, organiser and mastermind behind the project, originally outlined the former Railway works on Newtown Road as the base for AIMREC, but due to increasing costs and asbestos fears the plans were scrapped.

4 years after the idea was first conceived, AIMREC moved into one of the outlet spaces at the new cinema complex on Elwick Place, because the local council was struggling to fill them, and Mr. Parsons secured a rent-free deal for a year. If a new tenant arrives and wants to occupy the outlet, AIMREC will have to relocate.

Mr Parsons said: “I’m very pleased obviously, but this is only a temporary home whilst we raise the funds to build the proper centre [in the town].”

The other model railways currently at AIMREC are Cliff Parsons own layout ‘Gresley Beat’, based on an area near London Kings Cross in the 1930s, a French narrow gauge model called ‘Pempoul’ and a British industrial layout called ‘Theobald’s Yard’.

Mr. Parsons said: “I think it will be huge [for Ashford]. It will put the town on the map, like the National Railway Museum has done for York.”

Here is the full interview with Cliff Parsons:

The centre is open weekends 10-4pm, located right next to the cinema complex on Elwick Place.