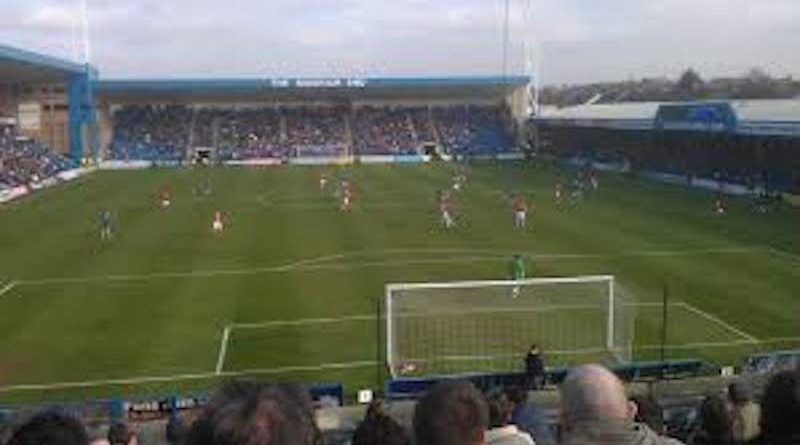 As the League One season rolls on the race for promotion gets even more exciting. One team with every chance of reaching a playoff place is Gillingham. The Gils came up as League 2 Champions in the 2012/13 season but haven’t finished higher than 9th in League one.

Recently, a strong run of form has given Gillingham every chance leaving them just two points outside the all-important top six.

With nine games left to play could there be a Gillingham play-off appearance?

After the 2019-20 season was cut short due to the Corona virus, the Gils weren’t given the opportunity to improve on their 10th place standing. Managing only 42 goals in 35 games any ambitions in manager Steve Evans first full season were held back by this lack of goals.

At the start of this season FourFourTwo.com predicted more of the same with a 9th place finish with improvement needed in attacking areas to spark any climb up the table.

Steve Evans second season in charge looks to have already shown signs of improvement with 53 goals in 37 games.

As their attack continues to flourish with 12 goals in their last five games, with Vadine Oliver leading the way this form could definitely see Gillingham cause an upset and sneak into the playoffs.

Many teams will be looking enviously at Gillingham’s recent form with an incredible 10 points from the last five games. The only blemish being a 1-0 penalty loss to Fleetwood Town

Your standout performers from the weekend, powered by @WhoScored ratings! #EFL | #SkyBetLeagueOne pic.twitter.com/zisB36zIkt

Gillingham have really shown their desire to obtain a play off finish. Recently, the turnaround against Swindon demonstrated a team with a desire to win.

Despite being 1-0 for the majority of the game, three quick goals changed the loss to a resounding 3-1 victory. It’s this determination that could really come into play as the season comes to a close.

These great results against top six clubs show Gillingham’s desire to compete at the top end and take the next step to being play-off contenders.

💬 | Gaffer: “In the next nine games, if we go 2-0 up early doors then we have to manage that situation better and cut individual errors out.”https://t.co/FL8nrVQT1l

With nine games left Gillingham’s future is in their own hands. These all-important last fixtures represent a tough run in for the Gils with a few potential slip ups along the way.

Games against first placed Hull City and second placed Peterborough are less than desirable at any time of the season but could be crucial to the final table.

Burton Albion have looked a different side under new manager Jimmy Floyd Hasselbaink but with their current form Gillingham will look to avenge their earlier loss this season and avoid this slip up.

It looks to be an exciting end to the season with a number of clubs having every possibility of making the top six. The recent determination to get results and vast improvement in their goal scoring efforts means Gillingham have a better chance than most of reaching the play offs.

If this strong run of form can continue Gillingham could easily turn from a well-established League one side to Championship hopeful before the seasons end.