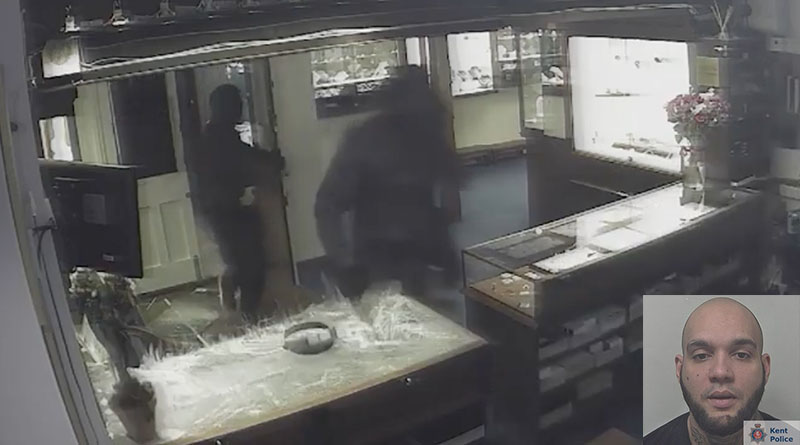 A robber who stole £53,000 worth of jewellery from a Canterbury store has been given 12 years in prison.

The Brixton robber has also been banned from driving for 10 years, after driving while disqualified.

As staff and customers ran, it took McDermott and his accomplice less than two minutes to smash glass counters for jewels.

Investigating officer Detective Constable Steven East said: “This was a terrifying ordeal for the victims who had to run to safety after witnessing what can only be described as a brazen burglary.

“We will continue to do everything we can to locate people like McDermott who are intent on breaking the law.”

A second accomplice is still yet to be identified after the ‘brazen burglary’ on  December 19, 2018 at Hadfields Jewellers in Canterbury.