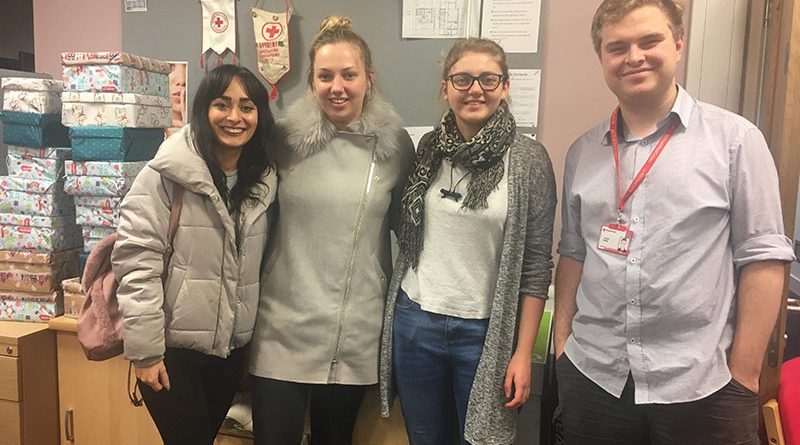 A University of Kent society organised a volunteering event for refugees.

The aim of the campaign was to wrap boxes and fill them with presents to be given to refugees in the UK.

Habing, a Maths student at University of Kent said: “The project is to help refugees and asylum seekers within the UK, many of which will already be associated with The British Red Cross.”

This a nationwide campaign, with 70 boxes required from Kent.

High-street and Charity’s shops helped the campaign by donating empty shoe boxes which were then filled with essentials such as face wipes, soap, gloves and socks.

How can you help?

Ben Weatherburn, the Engagement and Development manager for the British Red Cross said: “Wrapping for Refugees is a project aimed to spread a bit of joy among refugee families and networks across the UK. Providing a few essential and fun items in decorated boxes can provide some much-needed happiness among what can be a difficult period.”