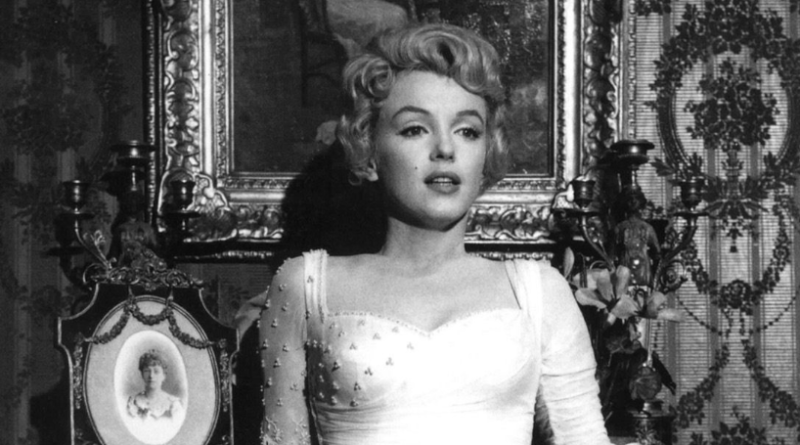 This year’s Met Gala outfits caused a lot of debate, but the most controversial outfit was worn by Kim Kardashian.

There were several reasons why Kim shouldn’t have worn Marilyn’s iconic dress to the Met Gala, but she went ahead with it. Here’s why it was a mistake.

While there’s no doubting she looked great, and she achieved what she wanted by making her outfit a talking point, the dress she wore was a poor choice.

Kim’s dress belonged to Marilyn Monroe, who wore it when she famously sang a sultry version of ‘Happy Birthday’ to President John F. Kennedy in celebration of his 45th birthday.

Marilyn’s dress was custom-made specifically for her, and she was sewn into it for the fundraiser for JFK and the Democratic National Committee at Madison Square Garden on May 19, 1962.

Marilyn Monroe was widely known as a ‘plus-size icon’ of her time, but Kim chose to lose 16 pounds in three weeks to fit into the 60-year-old dress.

It should be noted that Marilyn wasn’t what we now class as ‘plus-size’ (it’s believed that she was around a UK 10/12 but may have been smaller), but she was known for her body positivity.

Such a drastic weight loss in a short space of time is quite frankly dangerous, and (judging by the body-positive nature we knew her for) Marilyn would have probably hated that Kim chose to lose weight to wear her dress, as she was all about loving your body just how it is.

hate seeing the major appreciation for Kim Kardashian wearing Marilyn Monroe’s dress when she restricted her diet for weeks to fit into a dress of someone who was body positive for her era.

She only wore it for a matter of minutes, just to walk the red carpet, before changing into a replica for the after-party anyway, so why couldn’t she have worn a replica to the Met Gala itself?

It still would have looked great – her sister Khloé had her dress custom-made with incredible detail for the Met, so she could have easily replicated Marilyn’s dress accurately, and still packed just as much of a punch, without damaging a historical item of clothing.

It took mere minutes to taint its legacy. Kim shouldn’t have worn it because it undermines the message it was initially worn to say.

Marilyn wore it to be ‘scandalous’ – it was nude, she wore nothing underneath, her entry to the stage was teased, and the moment she took off her fur coat was sensationalised.

It was a massive statement to make in the 1960s, as she was one of the first women to wear such a ‘revealing’ dress, and she did it while addressing the President of the United States.

It was a huge step forward for women in the media – it was the perfect history for a dress to have.

Replicating the ‘”Happy Birthday, Mr President” dress’ has worked very well in the past, particularly for Lana Del Rey in her ‘National Anthem’ music video.

Kim Kardashian, I’m really happy for for you, Imma let you finish but Lana Del Rey had one of the best Marilyn looks of all time… pic.twitter.com/IStTjEytNe

Her take on the dress was a classy effort to pay tribute to Marilyn, without wearing the original.

She didn’t even try to mimic Marilyn’s hair, leaving it long and dark. You still knew exactly who she was dressed as before she started singing, so there was no need to take an original dress and make unnecessary accommodations to wear it.

The ‘National Anthem’ video came out ten years ago and it is still talked about, without needing to wear the real thing.

Kim was reportedly even given ‘a lock of Marilyn’s hair’, which came from a wig made from her hair when she died.

According to US Magazine, she joked in a video obtained by Access Hollywood that she’d “do some crazy voodoo s***” to “channel” Marilyn.

This is just another way that Marilyn has been used and objectified beyond her control, and it’s genuinely sad to see.

I get the sentiment behind it – Kim obviously wasn’t allowed to keep the dress, so she was given a memento of her time wearing it. But still, it’s not really fair to Marilyn.

Don’t get me wrong, I do respect Kim Kardashian, but I lost a little bit of respect for her for wearing the original dress. All it would have taken was publicising the fact that she was ‘channeling Marilyn’ for the Met, and getting a near-perfect replica custom-made (ideally one that actually fit so it didn’t have to be left open at the back).

Lord knows she’s got the money for it, and it would have protected the legacy of a beautiful dress making a powerful statement worn by one of the most iconic women in film.