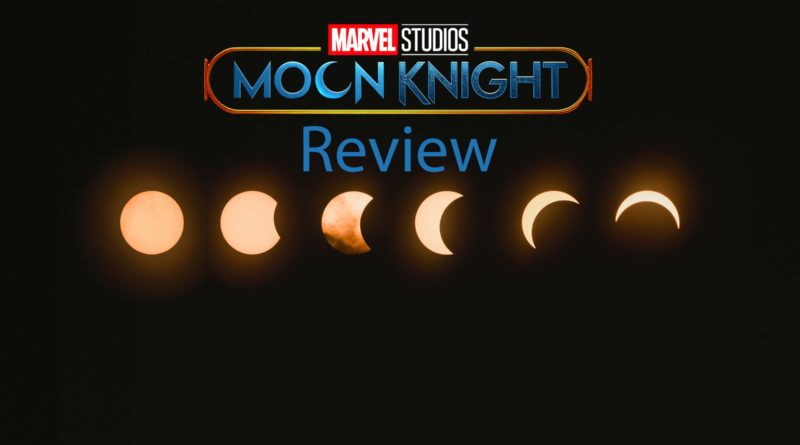 Moon Knight is the latest installation in the Marvel Cinematic Universe (MCU).
The first episode was released on the 30th March and has been releasing episodes every Wednesday since.

Guatemala-born actor Oscar Isaac plays as Marc Spector and Steven Grant as Moon Knight.
If you are asking why or how he plays these characters in one… then you should probably know that this character has D.I.D (dissociative identity disorder).

The English-Egyptian Marvel tale introduces us to a new cast of heroes and villains.

This show is the 6th Marvel show to be produced. It comes after Marvel Studios begin to shift their focus to Disney+ based production.

D.I.D is an acronym for dissociative identity disorder, previously known as ‘multiple personality disorder’.
According to mind.org.uk, “different aspects (states) of your identity may be in control of your behaviour and thoughts at different times.”
This disorder has shown before in film, most famously seen in Split and Glass both played by James McAvoy. These films were criticised for being damaging to the D.I.D community for misrepresented harmful stereotypes.

Commonly referenced as ‘alternations’ or also known as ‘alters’, each identity is able to front onto the body. Some identities may lie dormant.

The pacing through the six episodes felt manageable to watch. It left questions between episodes that kept you wanting to know more.
The plot, based on a comic under the same title, took viewers around the world – from London to Cairo.

The pacing felt consistent enough and through a second watch-through, neither end of the story feels heavier.
Introductions to characters were rather fast and they didn’t feel left out of story. Hawkeye the Marvel series before this suffered from an over-complication of characters.
Luckily, Marvel learned from this mistake and did not stray down the same path.

This Wednesday, experience the epic season finale of Marvel Studios’ #MoonKnight, only on @DisneyPlus. pic.twitter.com/qTV7UGm7G4

The latest episode aired on the 4th May, but some fans felt a bit disappointed.
James Nunn, an avid Marvel fan, says “the last episode felt weak and I found myself liking the fifth episode more.”
The last episode definitely did not compare to previous episodes. It has a load of flash but not a load of spark.

It was a comfortable ending to a show that hyped up a lot. The imagery and emphasis on spirituality and afterlife gave the MCU a new element of focus.
The confusion of the show is the selling point. Leaving mysteries and theories to sprout is a recurring Marvel trope and Moon Knight conquers it like no other.
There is a lot of repetition in the show and twisting transition scenes that disconnect the viewer from ‘the reality’.

Moon Knight’s premise is about figuring out which ‘reality’ is true and which is false.
Viewers explore these ideas alongside the main characters. They gather together the missing pieces as we are shown trauma, love and hate in these characters lives.

The ending is rather predictable and there are no new surprises – however, it is advised that fans should stick around for the after-credit scene.

These characters develop from nothing and grow into diverse individuals despite being in the same body.

In the first episode we see Steven struggle to realise his D.I.D. Scary figures and monsters start appearing in his dreams and at times, real life.
When Steven comes on screen, you pick up on his dialect as a Londoner ‘born and raised’… or so we are lead to think.

Steven uses old-timey English slang which differently felt odd and uncomfortable to listen to, especially from an American actor.
Terms such as “bugger” are being threw about.
An English audience would easily be able to pick this apart as this has not been a prevalent part of English culture for quite some time.

Marc Spector is the host and is the second character in the body to make an appearance. In a confusing level of events, he emerges and communicates with current fronting alter, Steven.
This character is one that has the best development in the show. New watchers of the show should keep an eye on him.

Other characters did fall flat. The love interest, Layla, began to feel boring and redundant to the story.
Marvel’s attempts to make her character feel plausible were familiar. These tropes were evidently similar to past Marvel characters.
She does has a great twist in the final episode. Fans have compared her to DC’s Wonder Woman.

The antagonist of the story felt like a microcosm of Thanos, a previous Marvel villain. This character, played by Ethan Hawke from The Purge and Moby Dick, felt unrelenting and menacing. This is despite the fact he has an altruistic outlook on life.
His goals, driven by Egyptian gods, see him combat the hero alongside is ‘cult’.

The attention to detail in the six episodes is mind-blowing, with is consistent with Marvel Studios.
Long-time fans will spot details that maybe the average viewer may not notice, for example, plushies in Steven’s museum gift shop look like other characters in the show.

References are a common ritual that the Marvel producers like to use. Fans will pick out scenes and dissect these and begin producing theories on them.
Recently the Dr. Strange: Multiverse of Madness trailer has been picked apart as fans try to predict the plot.

Marvel thrives on showing the littlest details that engages conversation around their show.
Producers Kevin Feige and D’esposito have been producing Marvel films and shows for a long while now, so this comes as no surprised.

The character displays mental health problems through a large portion of his encounters. It is clear to see that producers on the show were attempting to display this in a creative and immersive way.
At times it did feel confusing. Trying to figure out which character was ‘fronting’ and having to listen very careful to accents to decipher this.

CG is used heavily within this project. The track record with Marvel Studios is great, however, there have been rocky reviews on previous Marvel titles.
Most recently, Black Widow, had complaints on bad CG.

Moon Knight felt promising with these CG scenes. Characters made from CG solely felt believable and at times, they were visually stunning.
This production was surely a spectacle to watch, but it does not compare to other projects, namely Guardians of the Galaxy vol.2.

Overall, this is a great show that Marvel fans should spend their time watching.
For casual watchers, they may consider it a ‘pass’. The theming and stories at the moment feel disconnected from the wider MCU.
We are looking forward to seeing more of Moon Knight and Oscar Isaac in the future.