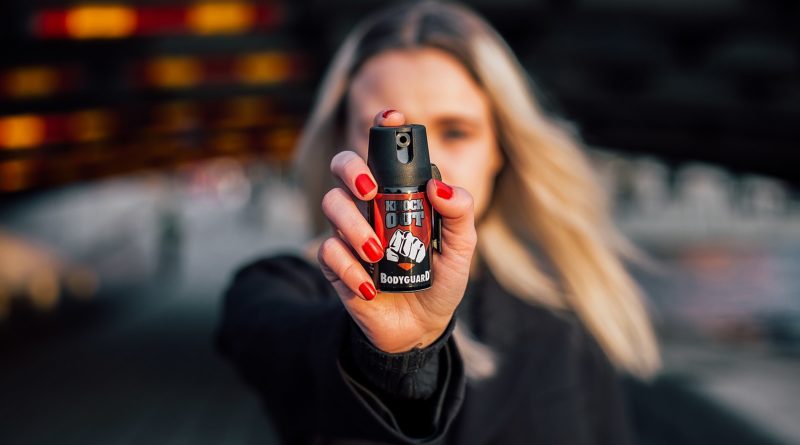 In the UK, it is illegal to carry non-lethal self defence weapons such as pepper spray, in fact carrying it has the same legal penalties as carrying a gun does.

After the tragic death of Sarah Everard conversations were prompted as to what men can do to make women walking alone at night feel safer. Some have shared information about using the emergency SOS feature on Iphones, others have called for a 10pm curfew for all men. Another group has started a petition to make pepper spray legal in the UK and this has racked up over 30,000 signatures.

This is something that needs to happen. Women do not feel safe walking home alone and have started sharing their personal stories on this. Julie Etchingham, a newsreader with ITV News tweeted: “ Chilling to read experiences in the wake of Sarah Everard’s terrible death.  Keys in hands, planning safe routes, shoes you can run in, talking loudly on phone – I’ve done all of this. It’s the sheer brain-space this vigilance takes. Imagine what it wd be like to be free of it.”

Chilling to read experiences in the wake of Sarah Everard’s terrible death. Keys in hands, planning safe routes, shoes you can run in, talking loudly on phone – I’ve done all of this. It’s the sheer brain-space this vigilance takes. Imagine what it wd be like to be free of it.

The only way that women will begin to feel safer walking home is if they had pepper spray, it is legal in countries all over the world. Such as Spain, Italy, France, Russia and others.

The governments response was that ‘In the wrong hands, items such as pepper sprays can be dangerous and cause serious injury. That is why their possession is prohibited under firearms law.’ But surely this is true of anything and if it is something that will make women feel safer when walking home alone, isn’t something that’s worth considering?

Anything in the wrong hand could be used as a weapon, if we are going to ban a self defence tool that cant inflict perminent damage then why aren’t knives, screwdrivers or bricks prohibited under firearms law? 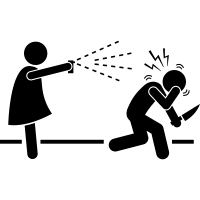 However hard they try the Police cannot keep everyone in the United Kingdom safe from assault, therefore surely, if under threat of attack you should have the ability to protect yourself.

It would make an attacker think twice about attacking someone if they thought that there was a chance that the victim could protect themselves, this would be made possible if pepper spray was legal.

It’s time to listen to the people. Pepper spray should be made legal for self defence purposes. If you agree with this please sign this petition.

Do you think that pepper spray should be legal in the UK?
Create a Poll