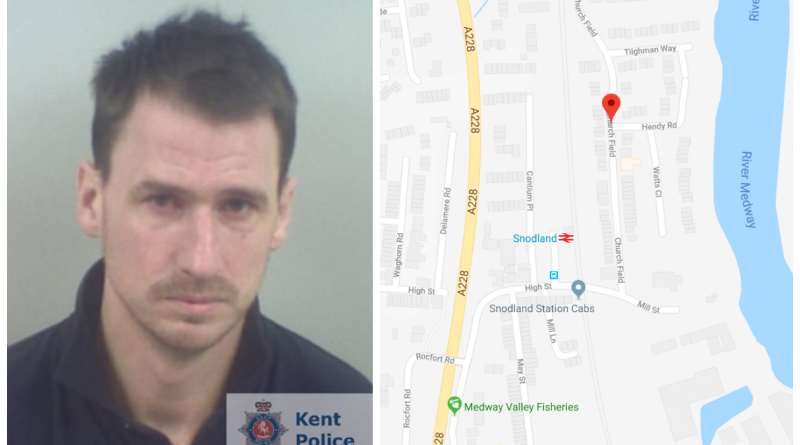 Man from Snodland has been sentenced to fifteen years in jail for repeated rape and sexual assault against a woman.

He also harassed the victim with calls and texts, demanded to know where she went and who she saw, and pressured her into letting him into her home.

Hoddinott was arrested in February 2016 and charged with five counts of rape and one count of sexual assault.

He was found guilty by jury following a trial at Maidstone Crown Court and sentenced to 15 years in jail on Thursday 23 November.

“Hoddinott committed a vicious campaign of rape and sexual violence against the victim over the course of a decade.

“He used every opportunity to intimidate her, to control her movements, to demand who she saw and where she went, and thought nothing of her personal wellbeing. I am glad the court has set an example with this sentence and shown that these offences will not be tolerated.

‘I would like to personally thank the victim for her bravery in coming forward and her family and friends who supported her every step of the way.

“I would also encourage anyone experiencing a similar situation to come forward. You will be believed, you will have our support and we will ensure you get the care you need.”