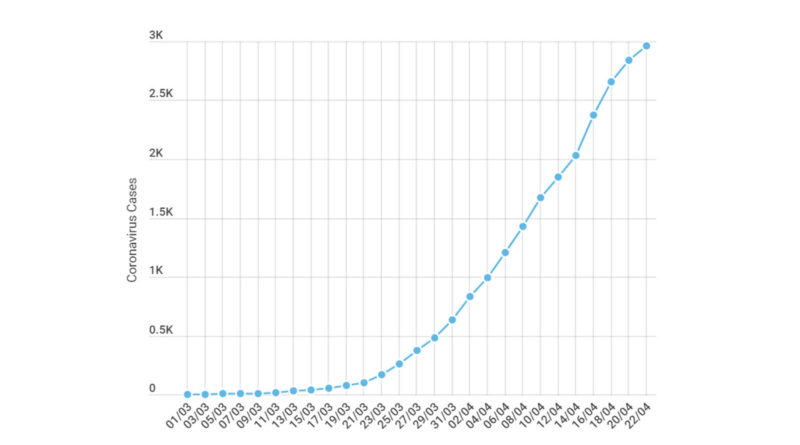 Less than two months ago Kent had just a single lab-confirmed case of Coronavirus.

But just short of 60 days later the county now has one of the largest number of confirmed cases in the whole country.

With 3,232 cases of COVID-19 in Kent, the county has the highest number of cases of any upper-teir authority in all of England.

Back to work for Boris

Fortunately, the virus seems to have reached its peak in the UK, with Boris Johnson confirming that social distancing had helped keep the virus under control.

The PM told the public in his first speech since returning to work after beating the virus :”This is the biggest challenge the country has faced since the war.”

But Boris warned the public in a speech outside No. 10 Downing Street yesterday (27 April) that the government are not considering lifting the lockdown yet.

“I can see the long term consequences of lock down as clearly as anyone, and so I entirely share your urgency,” the PM said.

“Yet we must also recognise the risk of a second spike, the risk of losing control of that virus and letting the reproduction rate go back over one, because that would mean not only a new wave of death and disease but also an economic disaster.

“I know it is tough, and I want to get this economy moving as fast as I can, but I refuse to throw away all the effort and the sacrifice of the British people and to risk a second major outbreak and huge loss of life and the overwhelming of the NHS.”

With testing kits being rolled out across the country, the number of confirmed cases has exploded over the last few weeks.

And as the kits are made more widely available, the numbers will likely still increase.

On April 21 the number of lab-confirmed cases in Kent rose above 100. Within three days that number had more than doubled, and within 15 days Kent had over 1,000 confirmed cases.