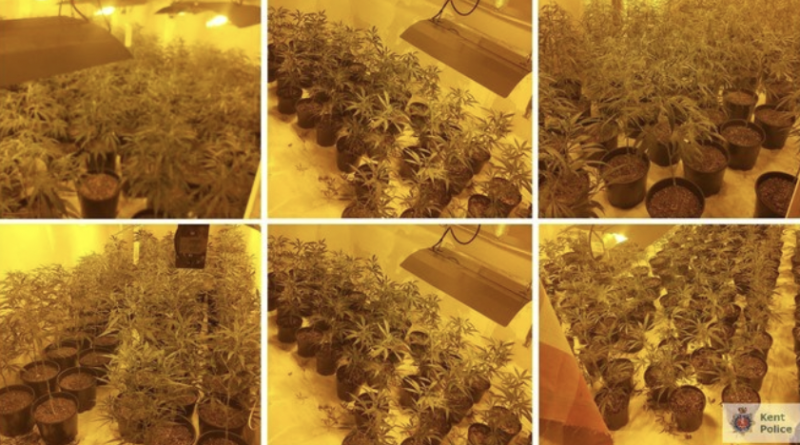 Kent police officers identified the cannabis plants after attending an address in Ramsgate on Friday 16 April.

Officers are said to have found 616 cannabis plants, which were at various stages of development and being grown in numerous rooms.

Mobile phones and cash were also taken away.

A 22-year-old man from ramsgate has been arrested on suspicion of cultivating cannabis.

He has been released on bail, pending further enquires, until Tuesday 4 May.

You can alternatively contact Kent Crimestoppers anonymously on 0800555111 or use an online form: