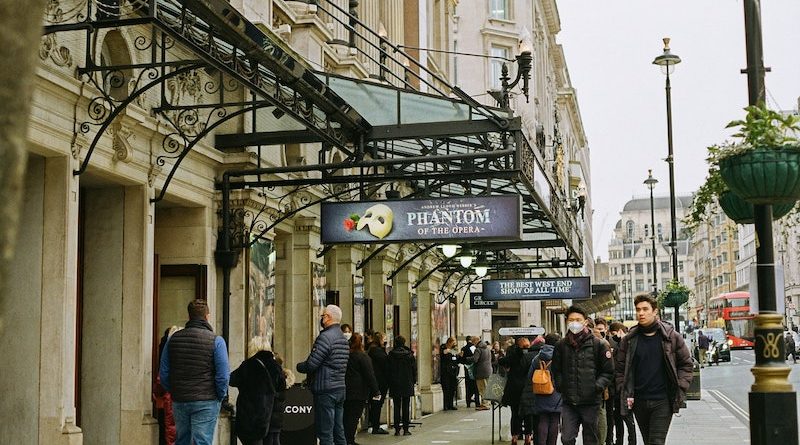 If you’re a theatre fan and you’re trying to decide which West-End show to see next, we are here to help.

We have compiled a list of the stage shows which will be closing their curtains in the coming months and they are certainly not to be missed!

The West End is calling you to bid a final farewell to these productions before they reach their closing night.

It was announced just a few days ago that Cinderella is leaving the West End 0n June 12, just 10 months after its debut.

The show is loosely based on the classic story of the same name, with a modern twist, and has received raving reviews since it opened.

It came as a surprise that the show decided to close with such little notice – so, if you haven’t had the chance to watch it yet, there’s not much time left!

Where: The Other Palace

Heathers originally had its first run on the West End in 2018, and its second began at the end of 2021.

It is based on the classic 1989 film, in which the central character, Veronica Sawyer, has a somewhat unconventional high school experience.

The show is heavily filled with dark comedy, covering themes such as teen suicide, murder and school violence.

It will be closing its doors on September 4, with no announcements yet about a possible third run.

Pretty Woman: The Musical was first introduced on the West End last July, after debuting on Broadway in 2018.

This musical adaptation is a must-watch for any fans of the film, and you have until October 2 to grab a ticket.

Grease: The Musical had its opening night two days ago (3rd May) but has a limited run until October 29.

If you’ve seen the film, then watching the show is a must – it has the same storyline, but a ‘grittier, tougher exterior’.

Classic songs from the original production such as ‘Summer Nights’, ‘Greased Lightnin’, and ‘Hopelessly Devoted to You’ are all in the show – guaranteeing a fun-filled, feel-good experience.

Jersey Boys has been on and off the West End for years, but its current run is coming to an end on October 2.

If you’re not already familiar with the show, it follows the story of the hugely popular Frankie Valli & the Four Seasons, an American band who shot to fame in the 70s.

The musical is internationally acclaimed and features classic hits like ‘Can’t Take My Eyes Off You’, ‘Sherry’ and ‘Walk Like A Man’.

If you haven’t found the time to watch it yet, then picking up tickets could be a great way to spend your weekend!

Only Fools and Horses – The Musical

This stage adaptation of the classic British sitcom is London’s funniest show to date and has received countless five-star reviews.

Only Fools and Horses – The Musical is in the format of a musical and revolves around ‘Del Boy looking for love, Rodney preparing for his marriage to Cassandra, and Granddad taking stock on his life.’

If you’re a long-term fan of the iconic show, or if you’re looking for a night full of laughter – then you definitely need to snatch up some tickets.

Have you heard the news? #OFAHMusical has extended until the 1st October 2022! Book tickets now! pic.twitter.com/aknx1cWnpU

Life of Pi is a play based on the award-winning novel, which centres around a shipwreck survivor, who is forced to co-exist with a Bengal tiger in a fight for survival.

The stage adaptation has been described as ‘beautiful’, and is an ‘epic adventure full of hope, that tests their endurance and pushes their limits.’

It came to the West End in November last year and is running up until this September – so book your tickets before it’s too late!