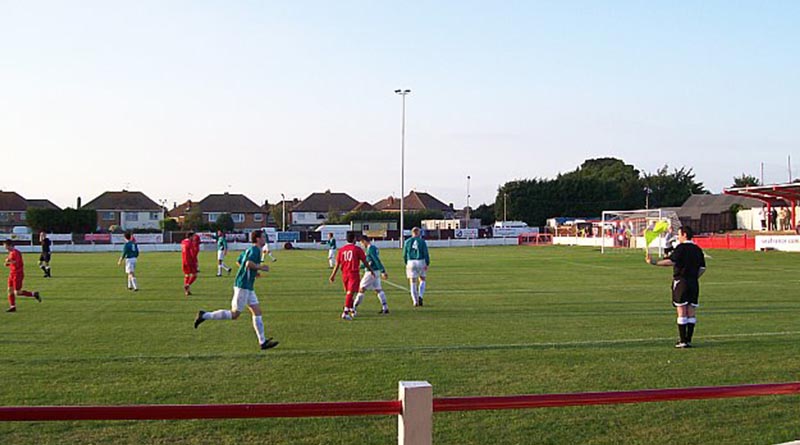 Canterbury City FC missed out on a historic match at Wembley as they drew their second leg in the FA Vase semi-final against Cray Valley 1-1.

Unfortunately, that was not enough to get them to the final as they lost 2-1 on aggregate.

City have had an excellent run in the cup and were unlucky not to progress to the final.

Canterbury’s chairman Tim Clark is very proud to be apart of the club and believes that the cup run has not only done great things for the club but for the city too.

He said: “The highlight on Saturday was the crowd, but it was just a shame we couldn’t take it to the final stage.

“I said this before the game on Saturday, having got to the semi-final it was probably job done in the view of raising the clubs perspective.

“But in the point of view of the people of the city now realising they do have a football club and to get over 1200 people was just amazing.”

“I think we’re back on the map. We’ve now got to keep up the pressure on the council to sort out a new stadium.”

Canterbury went 1-0 down late on in the second half but did manage to get a goal back to bring it to 1-1 but because Cray Valley won the first leg 1-0 it was not enough to see City advance any further in the tournament.

I’ve not been to a non-league game like it.

Mr Clark said the atmosphere at Salters Lane was unlike anything he’s ever experienced before.

He said: “The crowd, noise and atmosphere we got at the game spurred us on because we can see the potential this football club has.

“I’ve not been to a non-league game like it in 10 years. Speaking to people from Faversham Town, that crowd actually beat Faversham’s record which was just shy of 1200 back in the 1990’s

I’ve had a great day supporting @OfficialCCFC_uk – just leaving Faversham now. Proud of the players and management, and the new and more experienced supporters who made this possible. 🙌😢

Many fans took to social media after the game to thank the players and staff at Canterbury City for a very enjoyable cup run.

Canterbury City first team currently sit in 11th place in the Premier Division with four games in hand over some teams around them.

They resume their league fixtures on Wednesday with an away match to second from bottom Rusthall FC.