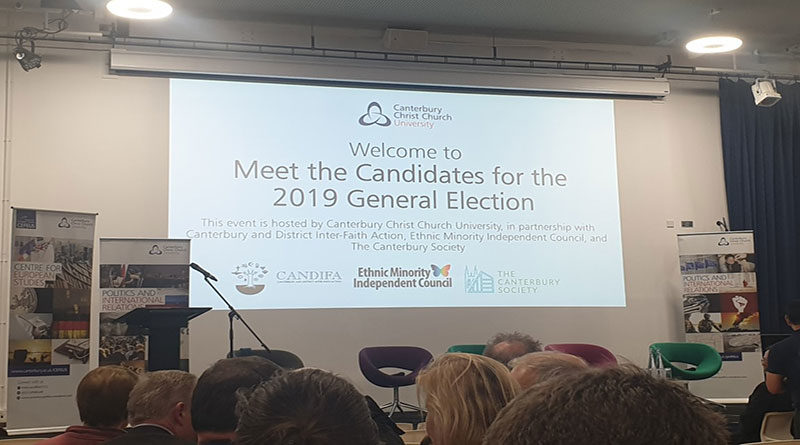 The four individuals running as Canterbury Candidates for the approaching General Election attended a hustings event in Augustine Hall on Tuesday 26th November. It was an opportunity to outline their policies and answer questions from the local constituency.

During the Q&A segment of the evening, a question was read that centred around how the Party’s policies would invest in inclusive higher education. The Political Parties responses to the question received a range of audience reactions.

The Labour Party have made several headlines following their biggest manifesto pledge for free tuition fees for everyone. It was no surprise then that The Labour candidate, Rosie Duffield received the most claps and cheers from the local audience during her response to this question. 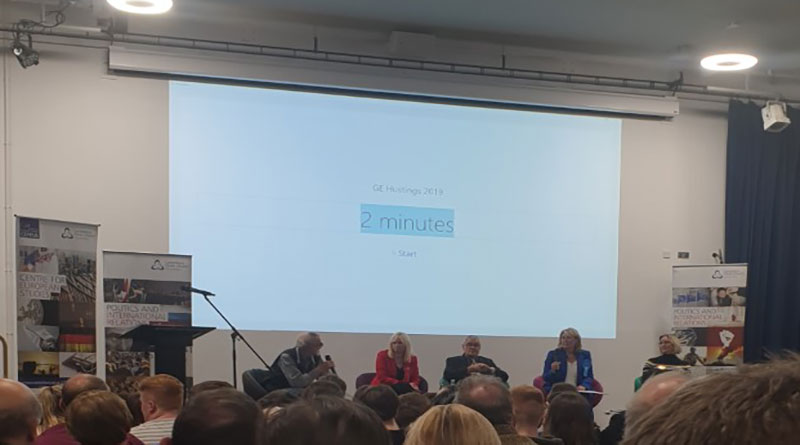 Duffield was also awarded with loud cheers when she spoke about how she had spent the morning on the picket lines at The University of Kent.  Following the mention of fair pay for University staff she said: “the gender pay gap is 15%, you know, it’s absolutely outrageous and that’s not okay,” referring to some of the issues that the Kent Union had covered.

The Liberal Democrat candidate, Claire Malcomson was the first to take on the question. She explained that her Party would like to return the maintenance grant with the aim to help anybody who is in poverty. Malcomson said: “University is an incredible time and everybody should have a chance to go”. Most of the public responded approvingly to this.

Malcomson received some backlash from some of the audience when she explained that her twenty-eight year old’s son’s debt was far-less than her twenty-one year old daughter’s and then said: “And I’m afraid that is what actually the conservative government has done”. One audience member yelled: “that was the lib-dems!”.

The Conservative Candidate, Anna Firth described Kent as being home to four thriving Universities and due to the audience’s vocally confused response said: “well you’ve got the American University,” which did not appear to sit well with some. The biggest uproar came when she mentioned she was in The University of Kent, when she was actually in a ChristChurch building.

Michael Goald attended representing the Independent Party. The Candidate’s response to the higher education question took the most unique angle, making comments such as: “It’s far too much higher education”. He received a mixture of laughs, roars and claps as he raised questions on why there isn’t more focus on primary schools or whether there is a need for so many courses to be three years long as he claimed some have been described as “glitzy or dumbed down”.

The Independent Representative appeared to answer the question with more questions such as: “What percentage go to a higher education, is it now 40% of school leavers?” in which a member of the audience yelled back: “You should know!”.