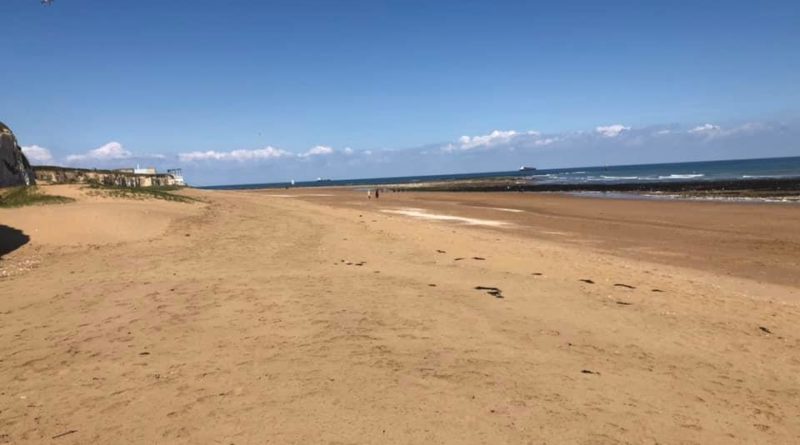 A volunteer beach group have been forced to remind residents to respect Thanet beaches, after the busy bank holiday weekend.

Friends of Botany Bay put out a Facebook post after they found “hundreds” of nails, sharp BBQ grills, litter and soiled nappies.

Barry Manners, 54, now retired is the founder of the Friends of Botany Bay group.

He told the Canterbury Hub why he thinks this behaviour is unacceptable.

“The reason for posting that particular post was to just show that it is unfortunately an everyday occurrence.

“There were about 200 nails that we found and they were extremely rusted, so they’ve clearly been in the sand for quite a while, which is obviously quite scary because you’ve got children running around barefooted.

“I posted that basically to show people that we are still dealing with neglect on that beach. It was a reminder that we need to keep up the pressure and the good work from the volunteers as that didn’t happen for many years and we don’t want to slip back”, he said.

Barry started up Friends of Botany Bay two years ago to stop these kind of things from happening so often.

“We started about 2 years ago, because I noticed that a lot of local residents would go down to the beach to walk their dog and they were very often picking up litter as the beach would just be streaming with rubbish. I put a facebook group together as it clearly needed a more organised approach. We started organising group litter pickers of around 30 volunteers a month and gradually it’s gotten larger, with us doing about 2000 hours of litter picking last year.

Barry says there should be “huge public fines” to stop incidents like these happening and to keep people safe, saying: “People respond when it affects themselves personally, so hit them in the wallet and it will make a change.

“They don’t necessarily need to do it to everybody, just a few public cases so that everyone is aware of the consequences.”