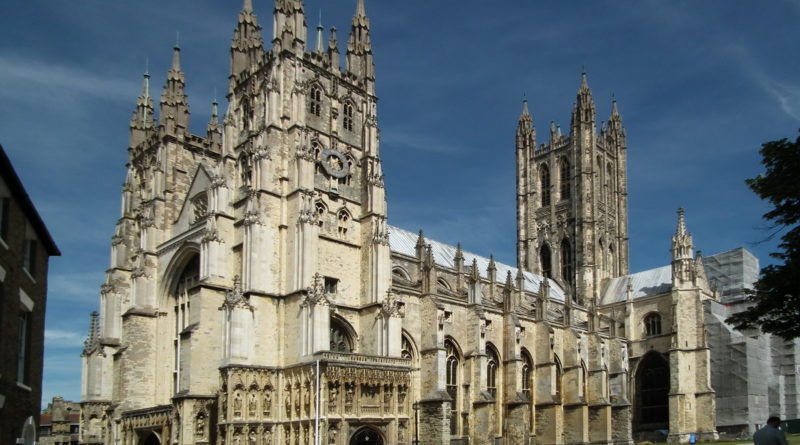 Prayers will no longer be held before full Canterbury City Council meetings after a vote by its councillors.

The decision was made to ensure non-Christians aren’t deterred from representing their area and running for council positions.

Barton councillor Dave Wilson (Labour) moved the resolution against the tradition. He saw the prayers as: “a potential barrier to the participation of some members of the community when standing for council”.

“In this day and age, we ought not to be erecting those sorts of barriers – and the majority of the council agreed with me”.

Beltinge councillor Ian Stockley (Conservative) voted against the movement though, saying that a weakening of the connection between Canterbury’s Cathedral and its Council is “regrettable”.

Cllr Stockley said that he understands that people of other religions being subjected to prayers of another religion might be “uncomfortable”, and that the council “must be mindful of that”, but then said:

“But you must also bear in mind that the building we are currently using as our Guild Hall is a church – it’s one of the oldest in Canterbury.”

Cllr Wilson doesn’t think that religious beliefs need to be catered to though, saying: “I understand the sensitivities about Canterbury’s unique position, but that has nothing to do with the council.

“If people are put off by prayers then we shouldn’t be doing that.”

Cllr Stockley isn’t sure where the line will be drawn though: “If we are seriously considering that members of our community are dissuaded from attending a council meeting because prayer is said, then obviously holding it in a converted church may also cause offence.

“When we are able to resume [in person], if people want to gather and contemplate quietly somewhere they can do that. It doesn’t have to be in the council chamber.

“If one person is dissuaded from making their views known to the Council because of this then we’ve got a problem. But there are so many ways where that person could express their views: either in person or via email, a proxy, or by their own councillor… I think we need to be tolerant on all sides; us on their views, and them on ours views.”

Cllr Wilson, when asked if he thinks the council will miss the time for prayer beforehand, flatly said: “No.”

“When we are able to resume [in person], if people want to gather and contemplate quietly somewhere they can do that. It doesn’t have to be in the council chamber.”

The vote on whether to continue the prayer before each full council session was supported by 18 members, with 11 voting against and seven abstaining.