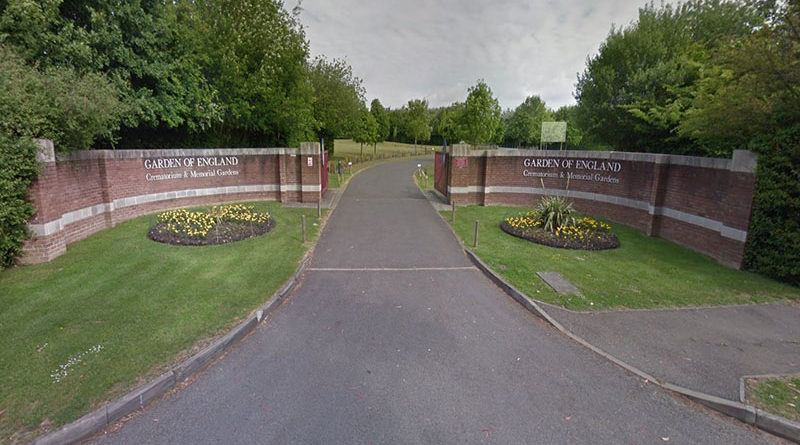 More than 100  paramedics gathered in Sittingbourne yesterday to say a touching goodbye to one of their colleagues.

They joined family and friends of paramedic Rhod Prosser, who died before he had the chance to propose to his partner.

The funeral procession gathered at the ambulance station in St Michael’s Road and shortly after moved to the Garden of England Crematorium in Bobbing.

An air ambulance was also seen hovering overhead, while passing motorists stopped and applauded as the funeral car passed through Sittingbourne. On the coffin, many tributes were made including an ambulance made out of flowers.

Mr Prosser, 27, died on Sunday, April 12, after he had been living with lung cancer.

He had met his partner, Hannah Webster, at the University of Greenwich and had planned to propose to her, before his death.

A fundraising page for Cancer Research UK was set up in his memory and has raised almost £5,800.

South East Coast Ambulance operating unit manager Will Bellamy, said on Twitter: ”Despite all the challenges of Covid, the team have also faced a loss of a colleague and friend. RIP.”

Absolute privilege and honour to lead the team out today from @SECAmbulance RIP Rhod!!! https://t.co/djI08PYpZ5 pic.twitter.com/Evt8b07eCZ