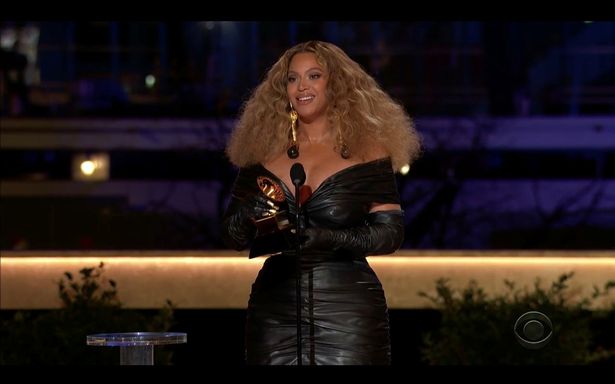 inspired during this year’s highly anticipated Grammys. Megan Thee Stallion, Beyonce, Billie Eilish, and Taylor Swift were some of the victorious on Sunday.

Beyonce won four Grammys. Two of them were shared with Best New Artist winner, Megan Thee Stallion. This took her total career wins to 28 and surpassed the previous Grammy record for a female artist set by bluegrass singer, Alison Krauss.

Beyonce is the first woman of colour to win the most awards in the ceremony’s 63-year history. Black culture was celebrated in Beyonce’s single Black Parade, which was named best R&B performance.

“It has been such a difficult time,” said Beyonce, reflecting on the cultural differences and racism in the United States. “I wanted to uplift, encourage, celebrate all the beautiful Black queens and kings that continue to inspire me

and inspire the whole world,” she added.

Artist H.E.R. won song of the year for I Can’t Breathe, written in response to the Black Lives Matter protests last summer, following the police killing of George Floyd.

But critics of the Grammys still express concerns that the award show has displayed elements of systemic racism in the past.

In the last 10 years, only one black musician has won the coveted album of the year award: Herbie Hancock, whose 2008 album, River, was a collection of covers of songs by the white folk singer, Joni Mitchell.

The Weeknd, real name Abel Tesfaye, also believes the Grammys has a race issue. He pledged a permanent boycott of the Grammys, alleging corruption within its nomination process.

Never forget the Grammys didn’t give me my best new artist award when I had 7 songs simultaneously charting on billboard & bigger first week than any female rapper in the last decade- went on to inspire a generation. They gave it to the white man Bon Iver. #PinkFriday

The Grammys deny this and say that it’s “a democratic vote by the majority”- Grammys president, Neil Portnow.

In 2017 outrage was caused when Taylor Swift beat Kendrick Lamar for the album of the year.

Many believed this was unfair, but it didn’t stop Taylor Swift from winning again this year. Taylor’s long-awaited comeback to music resulted in the release of the album ‘Folklore’, which landed her the top spot in the 63rd Grammy Awards. After winning the album of the year again, Swift is now recognised as the only female solo artist to have won the top prize three times. Swift previously made history when she became the first female artist in Grammy’s history to win album of the year twice, for her albums Fearless in 2010 and 1989 in 2015. This year

was Swift’s first appearance at the Grammys in five years. She thanked her fans after winning on Sunday: “You guys met us in this imaginary world that we created, and we can’t tell you how honored we are forever by this.” The 63rd Annual Grammys were unlike any in history. Instead of playing out before an audience of thousands, the show took place on a set of five small stages arranged in a circle at the L.A. Convention Centre.

Adaption to Covid restrictions and an influx of Female wins, forced the Grammys to replace an outdated format and move with the times.

These unforeseen restrictions surprisingly added some interest, viewers tuned in to see how different this year’s ceremony would be.