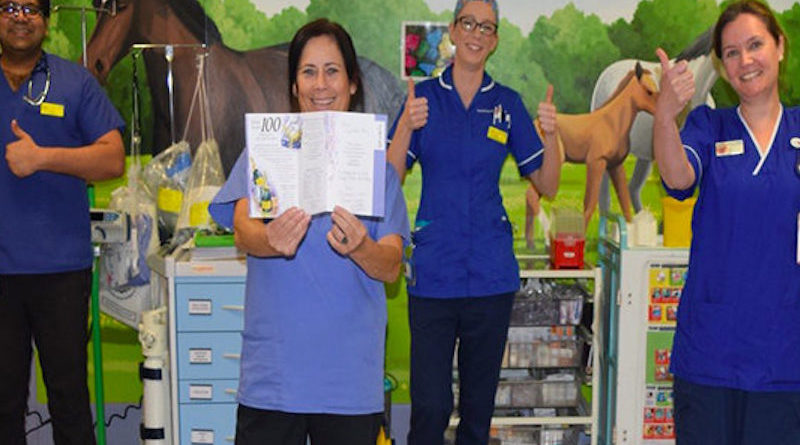 Captain Moore’s story has captured the nation’s heart as he has raised over £30m for NHS charities by walking laps of his garden.

He exceeded his original target of £1,000 after donations were made by the thousands after his story made national news.

The staff at DVH have thanked the war veteran for all the money he has raised, by sending him a birthday card signed by the whole Paediatric team.

Captain Moore has also become the oldest artist to claim a UK No.1 with his version of the song ‘You’ll never walk alone’ with Michael Ball.

The centenarian has been awarded with an honorary colonel title; a promotion approved by the Queen.

The staff at the Kent hospital were not the only people to wish the newly made Colonel Moore Happy Birthday as Her Majesty The Queen sent the 100-year-old a birthday card.

Just received a rather special birthday card from Her Majesty The Queen @RoyalFamily pic.twitter.com/jqIxpVFBRH