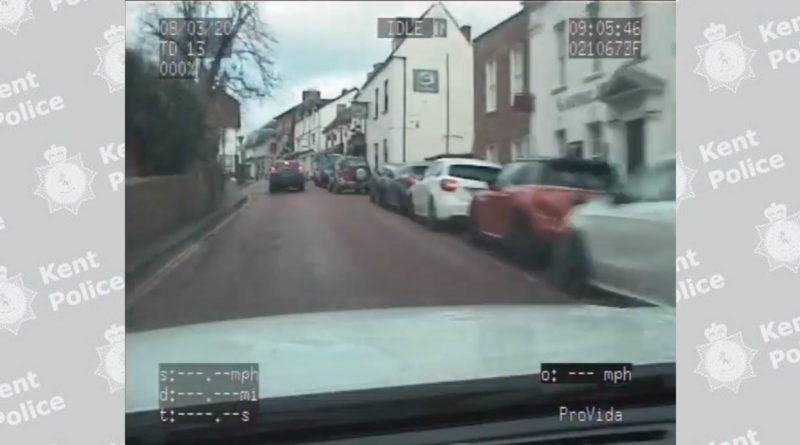 This is the shocking moment an East Malling man drove at three times the speed limit through residential and town centre roads in East and West Malling.

The driver can be seen driving recklessly along country lanes, and at one point nearly hits two cyclists travelling in the opposite direction.

A stinger was used to stop the teenager – who had already been disqualified from driving and had no licence – but the reckless man continued to drive after his tiers were blown out.

He was sentenced at Maidstone Crown Court to 54 weeks imprisonment on Monday 20 April.

Sergeant Ben Brennan, from Kent Police’s Roads Policing Unit, said: “McGrath-Coulstock has repeatedly shown himself to be incapable of abiding by the most basic practices of good driving and in doing so, he endangered many lives.

“Despite regular previous engagement with Kent Police, and for reasons only known to him, he persisted with his poor and reckless manner of driving.

“His imprisonment means a significant threat to public safety is now off the roads and I hope he uses his time in custody to reflect upon his senseless behaviour and consider changing his ways.”