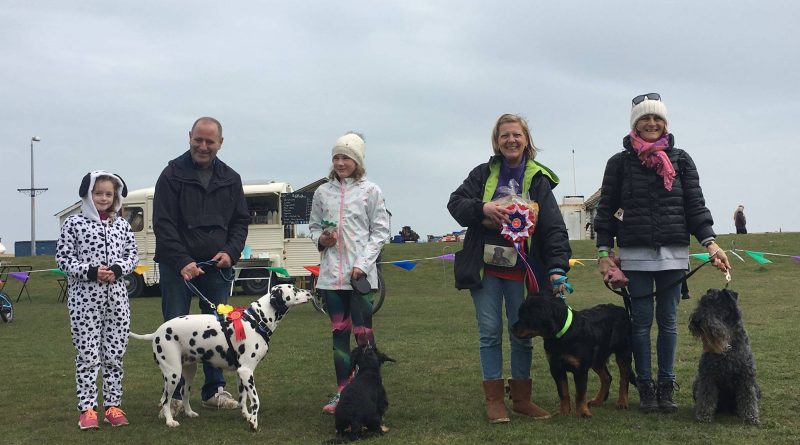 Dog owners from Deal and surrounding towns and villages entered their pooches in an ast-hounding showdown with a difference to raise money for Pilgrims Hospice in Kent.

A turnout of more than 300 dogs took part in the fundraising event, as well as their owners who helped to raise more than £7,000 for Pilgrims Hospice.

After a five kilometre walk around the coastal route of Deal, dog-walkers and owners collected completion medals (silver engraved collar tags)  before heading over to the main event at 12:30pm.

Karen Kenward, Pilgrims Hospices Community Fundraising Manager for Thanet, said: “We were thrilled the event was such a success and the weather held out for us. Seeing so many dogs walking and posing for each class in the show was just overwhelming. It was great fun for the whole family.” Entry into any of the classes being judged was £2, alongside a raffle and hundreds of people donating.

Some of the categories included ‘Most Handsome Dude’, ‘Best Sausage Catcher’ and ‘Waggiest Tail’ with some events having up to 33 contestants. The first, second, third and fourth placing canines received a rosette and a bag of gravy bones. The overall winner of the show was Chowder, a 5 month-old, long-haired Rottweiler.

Click through the slideshow to see the classes and winners.