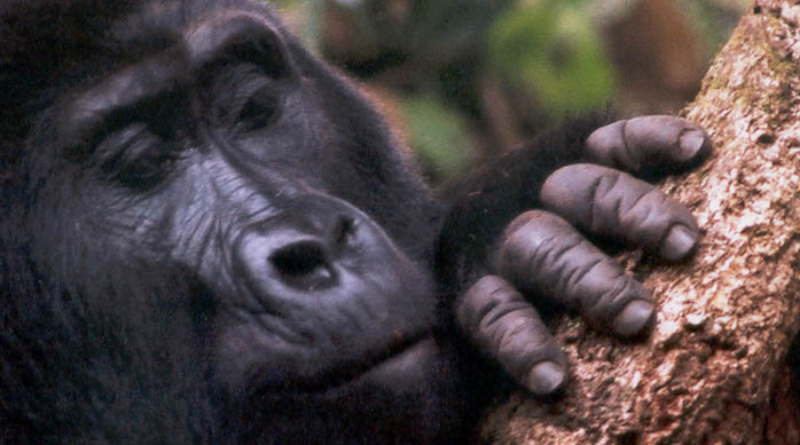 One million species are currently threatened with extinction – and it’s our fault.

Scientists warned in a U.N report on Monday that the threat of extinction is the biggest it’s ever been and some species are predicted to go extinct within the next decade.

This is happening as a result of humans – we have been shrinking their habitats, polluting the planet, exploiting natural resources and we are rapidly causing climate change to take place.

Dr Joseph Burman is a Senior Lecturer in Biology and Animal Sciences at Canterbury Christ Church University specialising in insect ecology and claims extinction is caused by our economic system.

He said: “We have been warning of these threats for decades, so it is nice to see the media covering this a lot more right now.

“I work with some of the rarest insect species in Europe, many of which are also undergoing rapid decline because of our influence on the world.  Fundamentally, all of the drivers of decline (climate change, habitat destruction, pollution etc.) are linked to the economic system we live under, where we encourage continuous growth of GDP and extraction of the world’s resources.

“If you ask my opinion, the problem we face is a political one, and the enemy of the natural world is free market capitalism.”

What species are at risk?

Some of the nations most loved animals are unfortunately on the list of those at risk.

You will be shocked to discover some of the animals that we might have to say goodbye to.  Here are a few examples:

Poachers and hunters are responsible for the endangerment of rhinos and there are only 30,000 remaining in the wild today.  This is a shocking statistic considering at the start of the 20th century, we had over 500,000 black rhinos living in the wild.

The future for rhinos looks grave and even sporting stars are trying to raise awareness of the problem.

Listen to Kevin Pietersen’s BBC Podcast where he details his story trying to save the rhino. It’s not just black rhinos who are being targeted by poachers – mountain gorillas have been too.

They are also in danger of becoming extinct because of the destruction of their habitat as a result of human encroachment.

Civil wars in Africa have also had a detrimental effect on the number of mountain gorillas living in the wild. Nearly 40% of giraffes have been lost in the last 30 years – a devastating statistic.

There are only 97,500 of the world’s tallest animal left in the wild today.

This is as a result of human population in Africa increasing which thus has caused giraffes to lose their habitat due to farming and deforestation.

What can we do to save the animals?

Not all of the animals that are endangered are located in countries like Africa, some live in our country too.

Here a five easy changes you can make to your life to try and prevent extinction:

1. Recycle and buy sustainable products – you can recycle old phones, buy recycled paper, buy bamboo products such as toothbrushes and minimize your use of palm oil.

2. Stop using herbicides and pesticides – birds can be poisoned if they eat them and there are plenty of other alternatives to use in your garden.

3. Find out what species in your area are endangered – once you know, you can take specific action to help.

4. Volunteer – visiting wildlife parks and working as a volunteer to help protect and look after the animals in the area makes a massive difference.

5. Plant native flora – flora that naturally grows in the area is often destroyed so planting it in your garden will help provide food for your local wildlife.

Dr Phil Buckley, ecology and animal and behaviour expert, believes as individuals we can all make a difference.

He said: “I have seen arguments that we cannot individually do anything because the size of the destruction transcends the power of an individual to do anything about it.  With such a mind-boggling number of humans currently on the planet, I can identify with this.

“There are, however, cases where we have managed to get mass consensus on environmental issues and have managed to stop or reverse species extinctions, for example with the hunting of whales, the sharp decrease in use of tributyltin (an endocrine disruptor that made some female marine snails grow penises and become infertile),  and the ban on lead in petrol.  All of these were major victories.  We can live smarter and diminish our impact.

“Individuals can make changes when they act en-mass.  The reduction in single-use plastic, for example, was driven by consumers responding to an acknowledged threat, and we can already see a mass movement away from plastic to more sustainable alternatives.” He continued: “There are some clear wins for individuals as well.  Cycling to work (where possible) will get you fit and reduce your personal impact, planting insect friendly species in your garden, shopping locally are all ways that we can reduce our impact as individuals.

“Other countries are worse than we are, but I’m not sure whether this is an excuse for us not to act.

“Individuals, working together in a group, could be a tremendous force for change”.

See more from The Canterbury Hub: