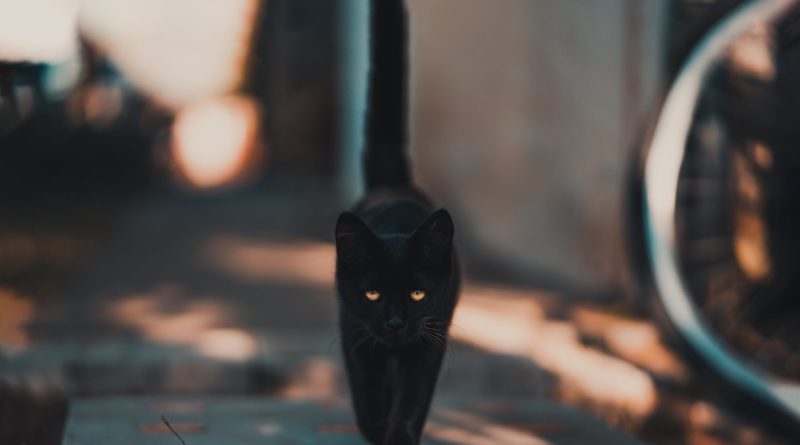 If you didn’t already know, today is Friday the 13th, a day that’s considered unlucky in the western world.

The fear of the number 13 has its own name: Triskaidekaphobia. And the fear of Friday the 13th also has its own long and hard to say name: Paraskevidekatriaphobia.

Many hotels famously don’t have a 13th floor because they believe people won’t stay there if they have a room on that level.

DID YOU KNOW: According to National Geographic, more than 80 percent of highrise buildings avoid having a 13th floor. Hospitals skip the 13th floor and many hotels skip having a room No. 13. Some airports even skip having a gate 13. #FridayThe13th #Hotels #hospitality pic.twitter.com/LSCIPjZrpR

The history of Friday the 13th isn’t clear. Some people believe that it is was date of the crucifixion of Christ and that Judas, who betrayed Jesus, was the 13th guest at the Last Supper.

The Canterbury Tales, written by Geoffrey Chaucer, has reference to the fact that Friday is an unlucky day and a bad day to start a journey on.

Factual events that happened on Friday the 13th and have added to the superstition include King Phillip IV of France having the Knights Templar massacred, the sinking of the Costa Concordia, the WWII bombing of Buckingham Palace and the death of Tupac Shakur.

The release of the film Friday the 13th in 1980 cemented the date as unlucky.

Is it actually that bad?

However, studies have showed that Friday the 13th is actually safer than a usual Friday. The study, done by the Dutch Centre for Insurance Statistics, revealed that on that date there are actually less car accidents and fewer cases of theft.

And according to a report by Policy Expert, a home insurer, there are less accidents in the home on that day – there are half the number of home insurance claims.

In this video the presenter says: “Why do we consider Friday the 13th unlucky? Maybe it’s because we want to…”

Research has found that because people believe that bad things happen to them on Friday the 13th they become more anxious. People are more likely to put themselves in a position where they may have an accident or think that something will go wrong for them on that day.

So, whatever you get up to today, stay safe and don’t let a superstition get in your way…