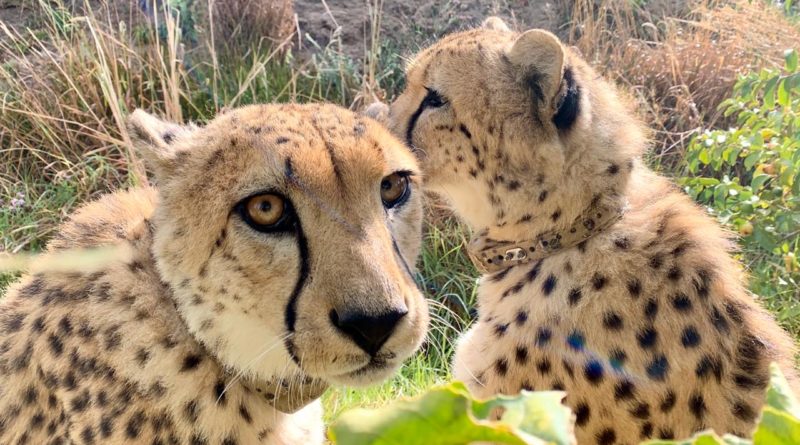 Two cheetahs born in Kent who were relocated earlier this year are reported to be making ‘huge strides’ at their new home in South Africa.

Saba and Nairo, two brothers born at Port Lympne Hotel & Reserve in July 2017, moved to Ashia Cheetah Sanctuary in February to prepare for the wild, before they make the step to Mount Camdeboo Private Reserve later this year to complete their journey.

Manager of the Sanctuary Marna Spit says the two cats are making progress all the time at their new home.

“Both cats are doing well with our limited interaction protocol and have made huge strides in making their coalition stronger than ever,” she said.

“When they first arrived they were not often seen together – one would be at one end of the camp and the other at the opposite end.

“But over the past month an increase of social grooming has been noted, which implies they are receiving positive affirmation from each other – and not a specific person.

“The lockdown in South Africa has halted the obtaining of all relevant national Nature Authority relocation permits, but once it hopefully lifts by the end of April the process will be kickstarted again and they can travel to Mount Camdeboo.

“This new environment will only further strengthen the bond they need to from a strong and lasting coalition in the beautiful prey-filled land in the Eastern Cape.” 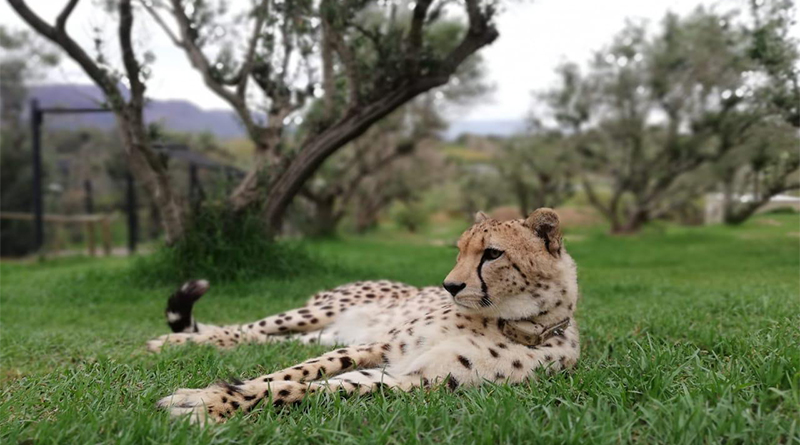 Saba (above) is described by The Aspinall Foundation as the ‘brains’ of the two, whilst Nairo (top left) is referred to as ‘the muscle’

Saba became the first-ever cheetah to be hand-raised and then sent to the wild when he made the move to Africa earlier this year.

He was cared for by Port Lympne chairman chairman Damian Aspinall and his wife Victoria when he was born nearly three years ago, whilst brother Nairo was raised by his mother nearby at the park.

Both then made the short trip to Howletts Wild Animal Park in Canterbury shortly after, before they moved to their new continent in the winter.

Their next home at Mount Camdeboo, a 35,000 acre reserve in Great Karoo, will allow the two brothers to make the final steps from Lympne all the way to living in the African wild.

Cheetahs are listed as vulnerable by the ICUN, with less than 7,000 estimated to be remaining in the wild.