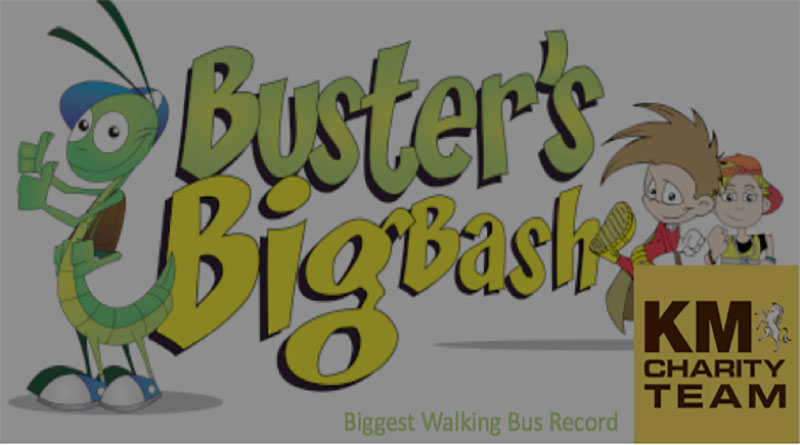 Inspire Schools Educational Foundation (ISEF) are attempting to beat the record for the biggest walking bus ever in May.

The walk – named Busters Big Bash – will begin in Dane John Gardens on the 18th May and will carry on through Canterbury City Centre.

In addition, the children and families will be singing a special ‘walk to school’ song while strolling around Canterbury in celebration of the charity’s walk to school campaign.

300 people have already signed up to take part, compared to last years record of 329 people.

ISEF need to get a minimum of 330 people walking to beat the record this year.

“The hope is that maybe they’ll get home and think, maybe we could have a walking bus at our school…

“This is one very easy way of making sure that children take daily exercise by getting involved in the walk to school rather than being driven.”

In addition to the walk, there will be activities and competitions that the children are able to get involved in throughout the day up until 1pm. Children are also encouraged to bring their stuffed animals which will take part in a teddy bear competition.

Simon added: “To time with walk to school week we will write to all 600 head teachers of primary schools in Kent, Medway, Bexley and Bromley inviting them to join our walk to school scheme for the next academic year, which is called ActiveWow…

Each child needs to be accompanied by an adult due to the substantial number of children that will be taking part. Additionally, the maximum amount of sign-ups will be 400, to ensure each child gets a goodie bag at the end.