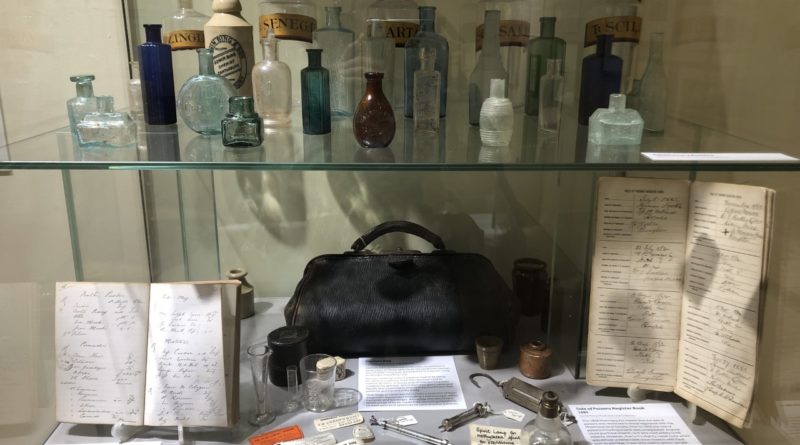 ‘A Place of Safety’ is a local mental health through the ages exhibition at the Beaney Museum in Canterbury.

The exhibition will run until the beginning of June and is a variety of artefacts and artwork, some of which haven’t been seen before.

Among some fine artwork are also these exhibits that are well worth seeing: 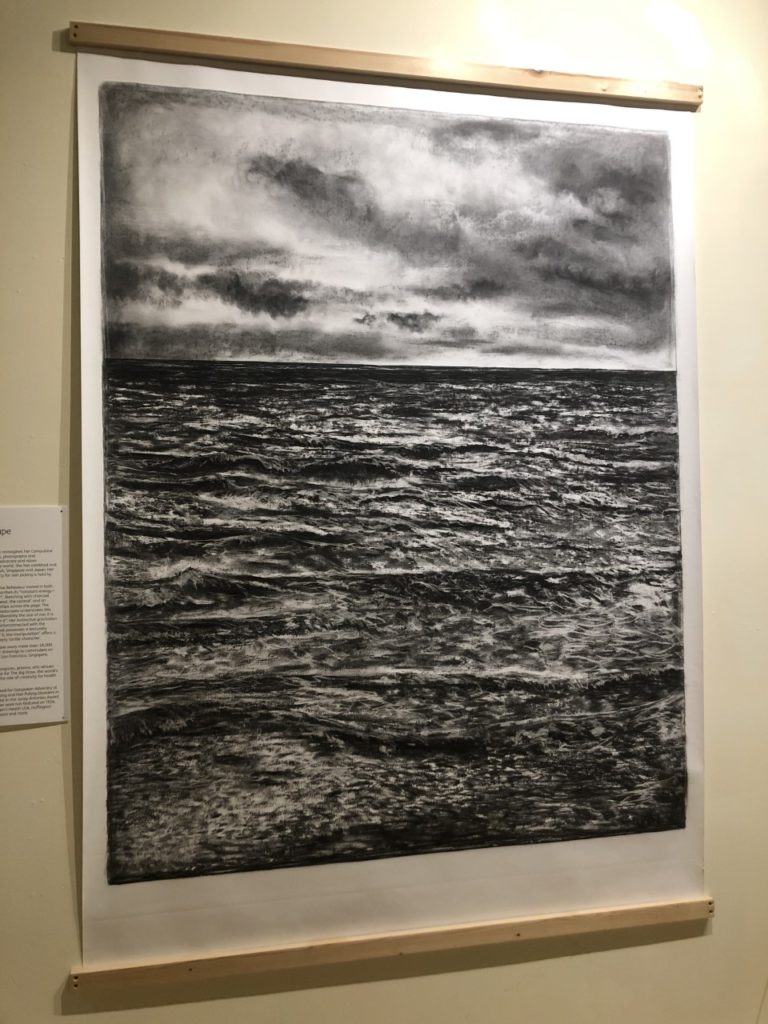 This piece was created by Liz Atkin, a mental health activist and artist.

Liz has a gravitation towards texture due to her mental health illnesses.

She enjoys creating in charcoal due to the relaxation it gives her. 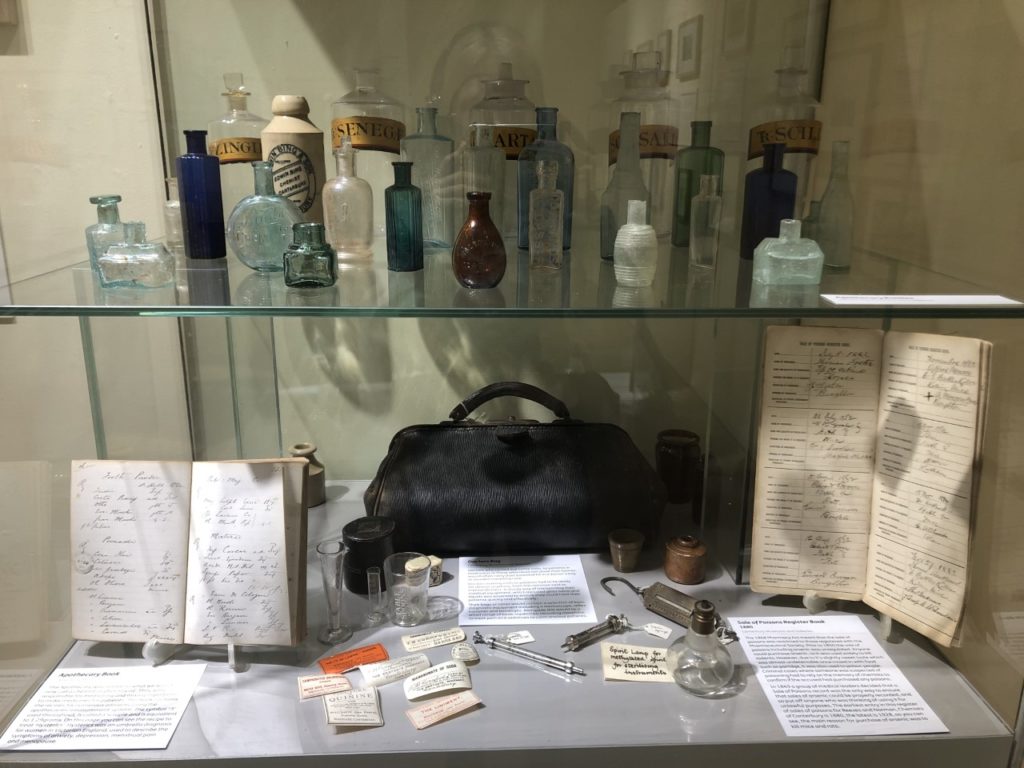 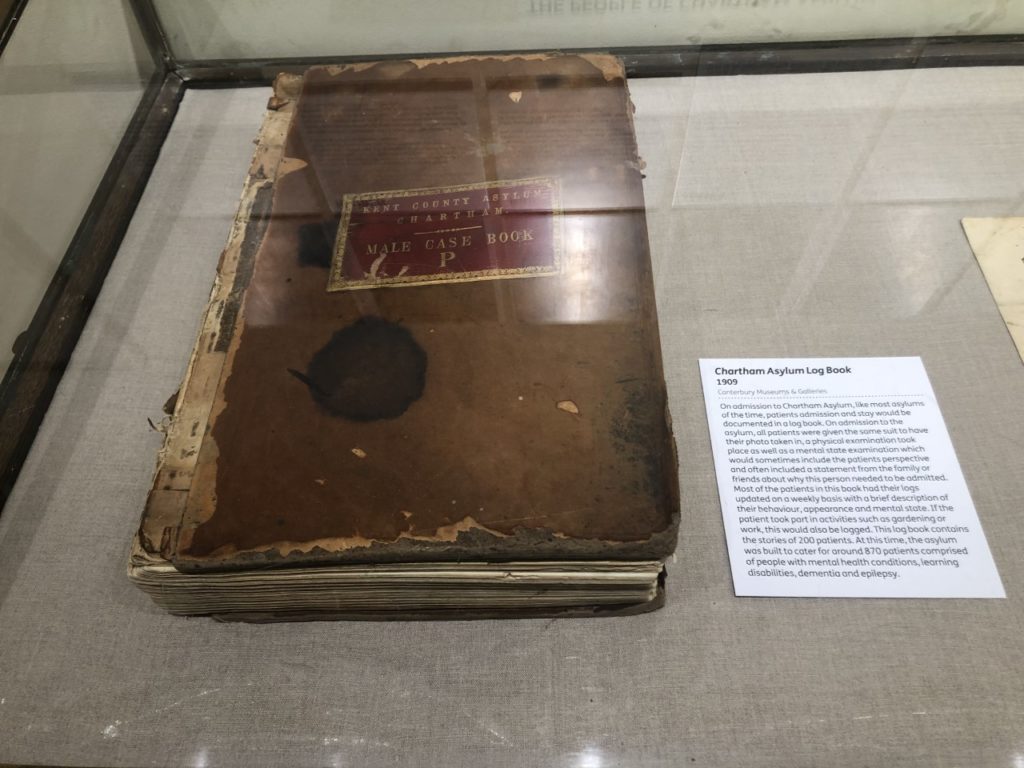 This is a piece that was previously given to the Beaney Museum, it is usually in their collection and not seen by the public.

It has been brought out for this exhibition due to its close ties with mental health.

This piece dates back to the beginning of the 20th century, a sign of how far mental health conditions and treatments have come. 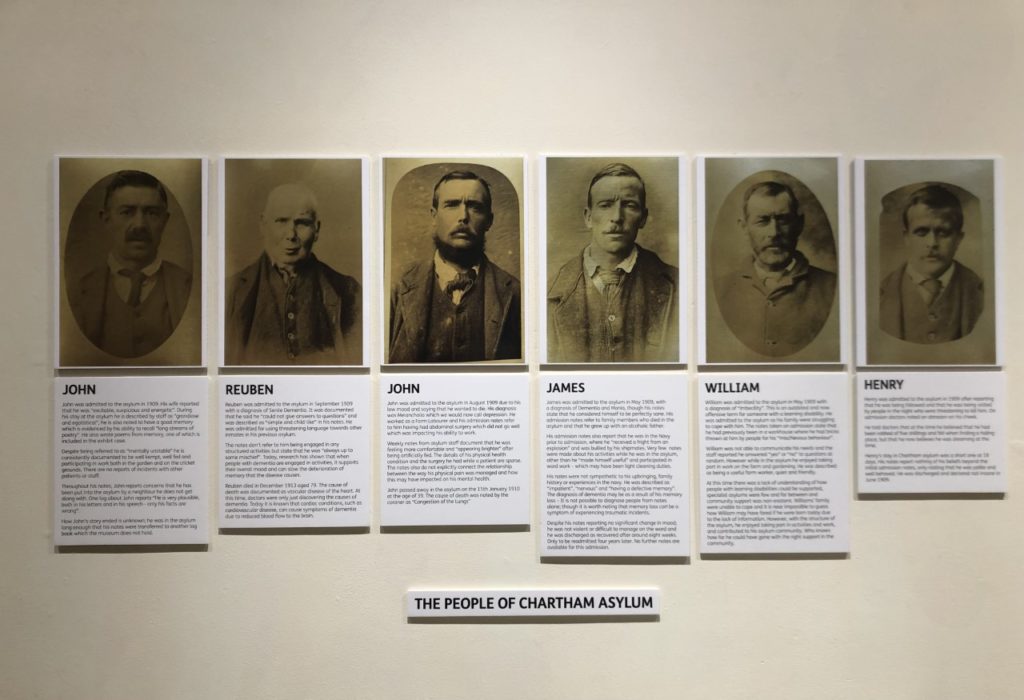 These are photos of men that were admitted to Chartham Asylum during the early 20th Century.

The white boxes detail their stories, for instance Reuben was diagnosed with Senile Dementia which meant he was “always up to some mischief.”

The Lunacy Trade and First Asylums 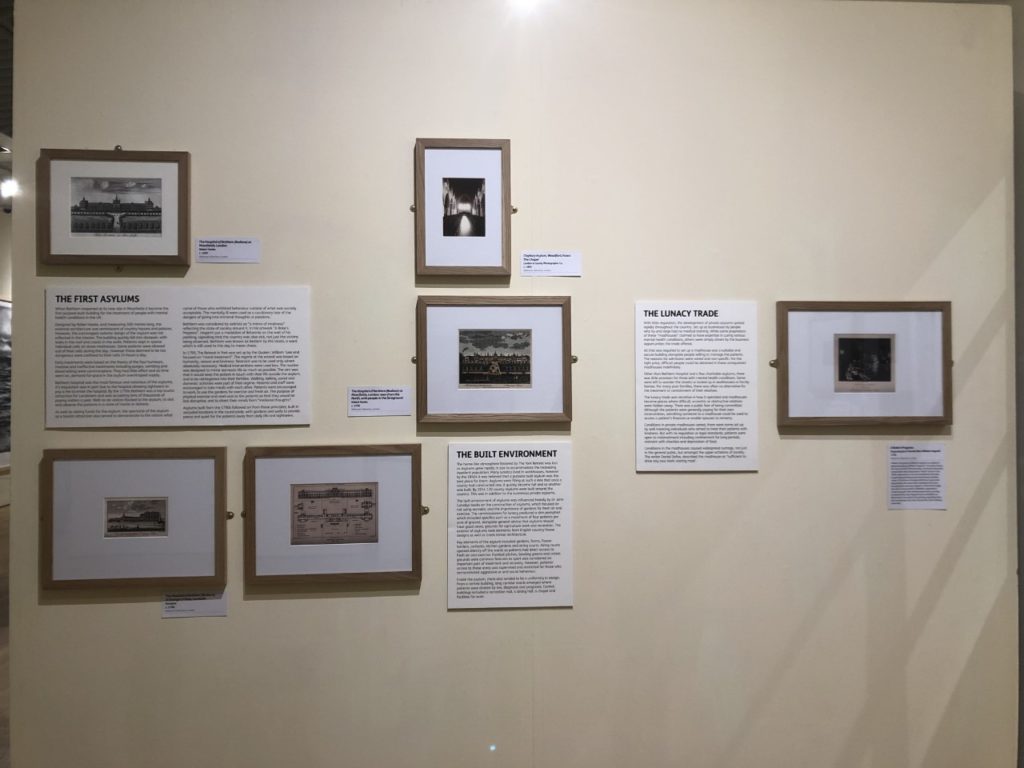 This wall, even though it is mainly writing, is quite an interesting wall.

The pieces displayed here are about the first asylums in Kent and the South East.

The far right piece about the Lunacy Trade is not for the faint hearted and deserves a closer look.