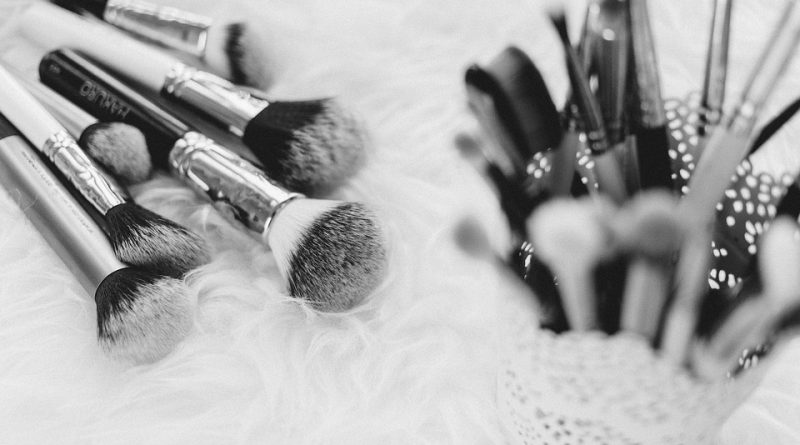 With social media constantly on the rise and new makeup trends evolving, women and men of all ages are trying new ways to experiment with makeup and incorporate it into their daily routines. However, because it has become so normal to wear a lot of makeup, is it damaging to peoples self-confidence?

There’s nothing like taking hours listening to music, dancing around the room with friends and doing makeup before a night out – it’s become a r  itual. People use makeup for more than just accentuating features, they use it change their appearance and make them feel comfortable.

“Makeup is a tool for power.

Using makeup as a tool to boost confidence can do no harm. Despite people’s views on ‘caky’ or over the top makeup, everyone’s face is a canvas for expression. Makeup is now an art form.

The question is, what would happen if it was taken away?

“I’d like to say makeup is a temporary fix but I wear it for myself. It isn’t something that is a must for me.

“I do notice that as a young girl, getting ready together, the whole putting makeup on together, sharing who’s got this and that is part of the process of going out.

“If that changed, I don’t know whether the outcome of the night would change”

After a survey on twitter, out of 98 people, nearly one in every two people believe that makeup permanently improves self-esteem.

This evidently suggests that makeup has a larger impact on people than anticipated.

Due to makeup being so easily accessible, it’s so normal in today’s society for people to wear it. It’s a sense of expression. Additionally, mainly for women at a young age, looking beautiful is drummed into their heads from young age. Young girls see their mothers and grandmothers and older sisters wearing makeup as a daily routine or a nightly routine. Social media is also easily accessible to a younger audience, it is very normal for children to watch makeup tutorials. Also, makeup enthusiasts on Instagram and Facebook are also a huge influence. Constantly seeing beautiful men and women with perfect makeup creates a need to look the way they do. Once perfected, the potential boost of confidence can give you is unreal.

You could argue that some wear makeup and believe that it genuinely improves their confidence, however, what they don’t realise is, it only improves their confidence when they wear it. As soon as they take it off, they are back to square one. Confidence needs to come from within and makeup cannot change the way you feel about yourself permanently.

“It’s a mask that people put on that makes them

However, also in 2016, research by Solgar (a healthy living company) stated that a third of 2000 women in the UK said they do not like their appearance without makeup what so ever.

So, how can makeup improve self-confidence if a third of women hate their natural appearance?

To Georgia, makeup is an important element of her life and that’s the same for many men and women now days. Since the 16th century people have relied on makeup as a way to make them feel better about themselves. Leaving the house without makeup seems unheard of.

Both wearing makeup all the time and not wearing any makeup at all is empowering and however you choose to leave the house is your decision.

“It’s almost just as powerful now for someone not to wear makeup as it is for them to wear it, now the individual is in control of their appearance”

Makeup is a barrier, a coping mechanism and an element of control. No matter what, your face is your face, despite changing elements, it’s always going to remain the same underneath.