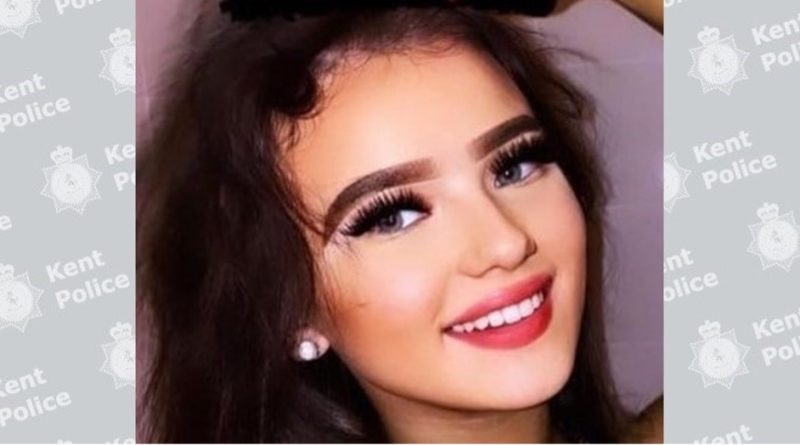 A teenage girl has been reported as missing and police have launched an appeal for any information to safely locate her.

Police have asked the public for help in locating missing teenager Blaise Golding, who was last seen in Gravesend on Friday.

The teenager has been described as being around 5ft with a slim build and long brown hair. She was last seen wearing a blue top and blue leggings with white Nike trainers.

Anyone with information is being urged to contact police on 101 quoting 03-1390.