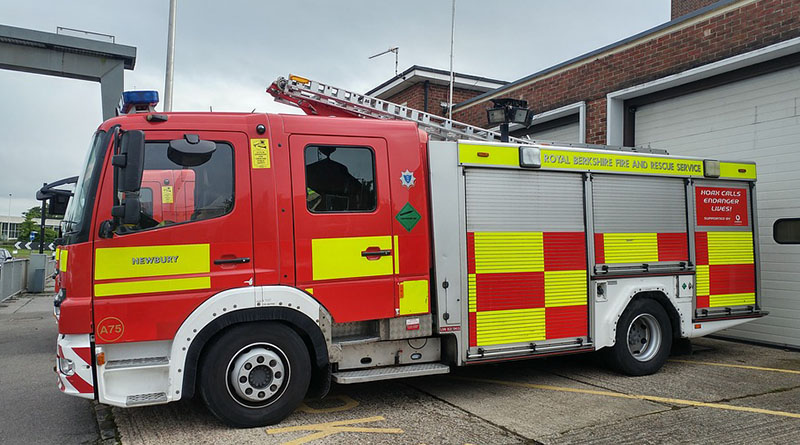 Another wave of fire service vehicles left Kent for Ukraine this morning to take essential equipment to the country’s firefighters.

Twenty-two vehicles left the county today, adding to the first two convoys that have made the three-day journey over the last couple of months. According to the National Fire Chiefs Council (NFCC), this brings the total number of vehicles sent to Ukraine to 60 since mid-March.

A convoy of over 20 fire service vehicles from around the UK departed from Kent this morning, working together to transport vehicles and vital equipment for firefighters in Ukraine. @Fire_Aid_UK @NFCC_FireChiefs @ukhomeoffice pic.twitter.com/wcXn4Duq3A

The project is supported by the Home Office, and led by Whitstable-based UK charity Fire Aid.

Fire Aid’s project manager Claire Hoyland told the BBC that its members began a plan of action straight away as soon as they had seen the effects of the initial invasion.

She said the equipment being transported to Ukraine could no longer be of use in the UK, but everything was still “perfectly usable”.

The stuff that we send is going to be vital for them to support their local communities and to keep those firefighters in Ukraine safe as well.
-Mark Hardingham, NFCC

NFCC chairman Mark Hardingham said on their website: “Once again we have seen fire and rescue services, Fire Aid and the wider sector work together to make this happen.

“The situation in Ukraine remains at the forefront of everyone’s mind and to be able to assist is something everyone involved should be incredibly proud of.”

He told the BBC: “The footage I’ve been watching on television has been horrific.

“I’ve seen firefighters dealing with the most terrible set of circumstances in Ukraine, often with equipment that is outdated or damaged by the conflict, so the stuff that we send is going to be vital for them to support their local communities and to keep those firefighters in Ukraine safe as well.”

A convoy of 22 fire engines are heading from Ashford to Ukraine today, transporting vehicles & vital equipment for firefighters.

Working with @FIRE_AID_UK & the @NFCC_FireChiefs, services from across the UK have all come together as part of this humanitarian effort for Ukraine. pic.twitter.com/Nedz8bgSP5

On March 19, the first wave of vehicles left Ashford, carrying 5000 pieces of equipment.

The convoy’s leader described the trip as “personal”, as he told BBC Breakfast: “I’ve been going out to Ukraine for 10 years, so I have friends and family, as far as I’m concerned, out there.”

The second wave left the UK on April 21, as Mr Hardingham said: “To see another convoy of this size go out is testament to the incredible hard work and determination of everyone who has been involved.”

For more articles on Ukraine from The Canterbury Hub, read here.